On 11 May 2016, the Hazelhoff Centre for Financial Law welcomed Robert Pickel for the 11th Hazelhoff Guest Lecture titled ‘The Deadliest Sin of the Financial Crisis’. 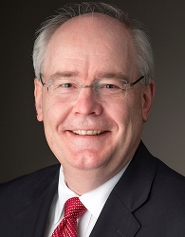 The guest lecture was well-attended by students, professionals from practice and others who gave up on the beautiful weather to listen to our eloquent guest speaker. Robert Pickel has an impressive track record in the financial industry. He is the former CEO of the International Swaps and Derivatives Association (ISDA) and currently P.R.I.M.E. Finance Fellow at the Netherlands Institute for Advanced Studies (NIAS). In his lecture Robert Pickel discussed the role of human failure in the run-up to the financial crisis and what in his view has been the deadliest sin committed by man in that context.

Should lust, gluttony, greed, sloth, wrath, envy, or pride be regarded as the cause and deadliest sin committed in the run-up to the financial crisis? Robert Pickel asked the audience to write down what they thought the deadliest sin has been. After counting of the votes, the audience evidently believed four sins not to have been the deadliest ones: lust, wrath, envy and gluttony. Obviously, Robert Pickel pointed out, there are wild stories about sex, backstabbing, envy and expensive dinners at Wall Street, but these sins are of minor importance.

The bank is an important intermediary between depositors and borrowers and may sell assets (e.g. loans) to a special purpose vehicle (SPV) via securitisation. These sales of assets are financed through the issuance of bonds, so-called collateralized debt obligations (CDOs), by the SPV. Such transactions played an important role in the run-up to the financial crisis, because these CDOs and credit default swaps (CDSs), a derivative, became booming business.

So, which of the three remaining sins has been the deadliest sin: pride, greed or sloth? Robert Pickel illustrated pride with the example of people in the financial industry who consider themselves to be masters of the universe. Pride can make them blind for the risks involved, but Robert Pickel does not think of pride as the deadliest sin. What about greed? Perhaps unsurprisingly, the majority of the audience voted for greed, as bankers are generally considered self-serving persons who take advance of others. Robert Pickel agrees with the audience that greed played its role, but not the most important.

To explain sloth as the deadliest sin of the financial crisis, Robert Pickel takes the audience to the other side of the coin. Each sin has an opposite virtue and the virtue of sloth is diligence. In the movie The Big Short a couple of dissident investors scrutinized the state of the American housing market. They did their diligence, anticipated on a collapse and shorted the American housing market by buying credit default swaps. They are the heroes of the movie, but what to think of the other characters in the movie?

Why did banks lower their lending criteria? Were mortgage brokers too aggressive in pushing their mortgage products to borrowers? And the borrowers, were they so eager to buy a big house that they were ignorant to their financial situation? Were credit rating agencies blind for the risks of the products they rated? Would it be fair to say that all parties involved should have put more effort into understanding the risks involved in the transactions and should not have relied too much on credit ratings? May the supervisory authorities be accused of too lax enforcement? Robert Pickel emphasized these questions do not have exact answers, but it seemed to him that diligence could have prevented the excesses we have seen.

Robert Pickel concluded with a moral note. Anybody who has ever been to a Christian wedding has no doubt heard of the next words from the bible: ‘Three things will last forever - faith, hope and love -, and the greatest of these three is love’. When it comes to the deadliest sin of the financial crisis it would be: pride, greed and sloth, these three, and the greatest of these is sloth.

After the questions of the audience had been answered by Robert Pickel, the lecture was concluded by a reception, sponsored by SBR Leiden.