Viola Müller is a PhD candidate at the Leiden University Institute for History. Her research focuses on slave refugees in the US South, 1800-1860. 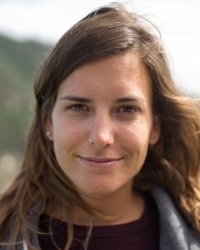 Viola Müller’s PhD project examines slave refugees within the US South, including Spanish Florida and territorial Texas, with a particular emphasis on the nature of informal freedom and its consequences for refugees’ assimilation processes. It scrutinizes the motivations behind slave flight within the slaveholding states of the South, especially to urban centers, from ca. 1800 to 1860. It also explores the impact of slave flight on southern discussions regarding urban slavery and the legal status of free black populations.

The research is part of a broader project consisting of a comparative synthesis and two more PhD projects which will apply a social-historical approach to examine and contrast the various groups of refugees that sought “beacons of freedom” within North America in the antebellum period.

All around the southern states, slavery had been or was in the process of being abolished in the nineteenth century. Historiography commonly suggests the northern states and Canada as places where most southern slaves sought refuge. However, as this project will show, a significant number of enslaved people consciously decided not to run north and instead opted for hiding in southern cities. The informal freedom these people found there was by many preferred. This research will take social ties, economic circumstances, and societal developments into consideration to explain the reasons behind this. Special attention will be given to the free colored urban populations who, as receiving societies, were in  many regards affected by slave refugees hiding amongst them.

The overall project aims to demonstrate that freedom in North America was achieved in many different circumstances and locations whilst always maintaining its fragile character. This PhD project contributes to the existing literature by reconceptualizing and providing a more nuanced understanding of the geography of freedom in the South. It will advance an alternative view of runaway slaves within the South as permanent freedom seekers, much like their counterparts in the rest of the continent.