Each year, the Institut français and French Embassy award the Bourses Descartes, which are designed to support students or PhD candidates who intend to study at a French educational institution or would like to finance a research partnership. In February, the Institut announced that part of a scholarship had suddenly become available, and that they were looking for a new candidate. Since the Bourse would allow Frederik Knegtel to extend his planned research stay in Paris with several months, and would also facilitate inter-university collaboration, he immediately applied.

Frederik Knegtel is currently working as a PhD candidate in the department of art history, within the ERC-project ‘Elevated Minds. The Sublime in the Public Arts in 17th-Century Paris and Amsterdam'. 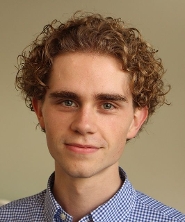 Knegtel about his research and the Bourse Descartes grant: ’My research concentrates on the relationship between public architecture and sublimity in seventeenth-century Paris. The intellectual and artistic social networks active in the French capital during this period play a key role in the increasing critical theorization of the sublime: from the early translation of classical texts on sublimity or grandeur in the verbal arts, towards a development of the new critical concept ‘le sublime’ in neoclassical aesthetics of poetry and the visual arts. During the long reign of Louis XIV, the developing semantic field of the sublime – which included words such as 'le merveilleux' and le 'je ne sais quoi' – became increasingly theorized in order to be able to be put into words the elevating effect of French art, poetry and politics. The Bourse Descartes will partially foster the Van Gogh research program, a collaboration between our team at Leiden and the doctoral group led by Prof. dr. Colette Nativel at Université Paris 1 Panthéon-Sorbonne. This franco-dutch partnership, created by the Partenariat Hubert Curien (PHC), has already helped us to organize several research meetings in Leiden and Paris the last few years. The scholarship will also enable me to finish my investigation of seventeenth-century primary source material. The last two years, several shorter stays in Paris have already made it possible to research many early modern sources, ranging from small satirical leaflets to ornately decorated political panegyrics. Texts and images deriving from all corners and levels of society have to be taken into account; the scholarship will provide me the opportunity to conduct and complete such a comprehensive study. Moreover, all theoretical works written in French are readily available under one roof, which makes for some efficient writing.'