Introducing prof. Scott Nelson, Legum Professor of the Social Sciences at the College of William & Mary, and on a spring teaching exchange at the Leiden University Institute for History. 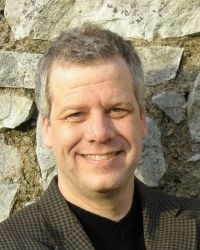 I'm Scott Nelson, the Legum Professor of the Social Sciences at William and Mary (Williamsburg, Virginia), and on the spring exchange at the University of Leiden. The teaching exchange is especially attractive to me because I'm working on a history of the international wheat trade from the 1870s to World War I, and the Netherlands was ground zero for the importation of cheap American wheat in the late 1860s. I've already visited the flour and sugar mills at Zwanenburg, and visited the port at Rotterdam. The manuscript collection has great materials, including Dutch chamber of commerce records, and you have an unparalleled collection of materials in the regular library from the "Colonial Office" of the Netherlands. All of the anti-imperialist literature in pamphlet form has been great for filling out my collection of primary sources. I've discovered that my German allows me to read Dutch passably, at least menus and warning signs, if not editorials. I still can't make sense of anything anyone says however.

It has certainly been an adjustment teaching Dutch students. They tend to be well-trained in U.S. history (the average history student here knows more American history than the average student there) and because both of my classes have an international dimension it's been fascinating to hear students discuss perceptions of poor whites (the Lomp Boer), their understanding of American populism (filtered through their understanding of the Trump phenomenon) and their concerns about the corruption in American politics (coming from the least corrupt country in the world). They do become alarmed when I jump up and start to gesture wildly about the futures market in grain or about antebellum political culture. When I do voices I also get peculiar looks. A couple of students (from religious families) understand the debates between Methodists and Baptists in the South, but many are baffled by the religiosity of many American voters. I admit I have belted out songs they don't know or imitated Southern Baptist ministers so they can understand what I'm talking about. That brings strange looks too.

Williamsburg, where I teach, is a historic town of course but it's a much later William that founded our college. I love being able to walk everywhere here in Leiden, though dodging the bicycles is often a challenge. My apartment is on Hooigracht, where the history department used to be located a few decades ago. I have learned to eat kipperling, bitterballen and mustard soup. While I cannot abide Dutch beer, the Belgian beer here is of course fabulous and so much better than the Belgian beers I can buy in the US.

In any event, I'm happy to be here. Please say hello if you see a tall, grey-haired clean-shaven Yankee-looking fellow. We've invited our exchange faculty to department meetings and the general beer outings that we make. I understand that those things don't happen here so often. Do consider doing the exchange - it's nothing like the David Lodge novel, though it has been an intensely rewarding intellectual and social experience so far, thanks to warm colleagues like Bart van der Boom and Ann Marie Wilson at the Hague campus.