A walk in The Hague with Eva Oskam

Eva is in her third year at Leiden University College The Hague, but she is also very active outside her studies. Besides Youth Ambassador of The Hague she worked for Plan Nederland and UNICEF, where she cooperated in exciting projects on a national as well as on an international level. In order to take a look at Eva’s busy life, I went for a walk with her.

For those who look at Eva’s Facebook profile: you will be easily impressed. With only almost 21 years old she built an impressive CV with several international and national organizations, whereas photos of work-related trips to Lebanon, Georgia or Copenhagen show that Eva has seen quite some parts of the world. I asked her to tell something about her work as Youth Ambassador, something she has been doing since 2013.

Since my childhood  I have had an enormous urge to be actively involved in society. When I was still living in Capelle aan den IJssel I decided to join the Youth Council, where I found out that I really enjoy giving young people a voice in important matters and that this is important. I knew that I would like to do something like that in The Hague as well, and when I found out that the Hague Young Ambassadors existed I grasped the opportunity!

I have had the chance to do fantastic things in my job as youth ambassador. First I started all kinds of projects within the Portfolio Europe, where among other things I attended a training with discussions about Gender Equality, and then I continued as ambassador for International Affairs, which is still my job. For instance, in May I will go to Strasbourg to represent young people in the European Youth Event!

But who are the Hague Young Ambassadors, and what do they do?

In fact we are a kind of advisory body for the municipality and for several organizations who work with young people within The Hague, but meanwhile we are so much more than that. For instance, a colleague of mine started the S4S foundation (Students for Students), where young people give each other tutoring. What we do is wide-ranging and varies a lot! 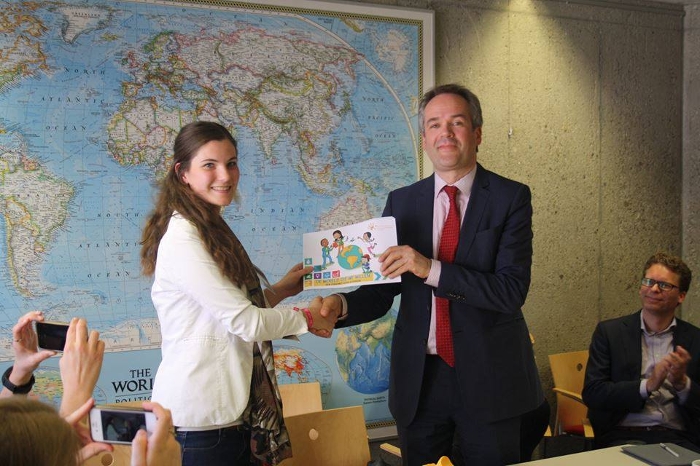 Fig. 1: Eva offers the child-friendly version of the SDG’s to Koen Davidse at the Ministry of Foreign Affairs.

You have been studying in The Hague since 2013, at the University College. Have you always known that this was what you wanted?

After secondary school I considered a gap year first, but then I decided to look at studies. Nothing was quite what I meant. A friend of mine from London took me to an open day at LUC and from that moment on the decision was quickly made. I think it was the interdisciplinary approach that attracted me!

Do you think your study helped you with what you do now as a youth ambassador?

Yes, for sure! But also the other way round. LUC gives me the theory to substantiate my opinions, but what I do as youth ambassador of with Plan Nederland or Unicef helps me test if what I learned in theory is really true. And so many things come back in practice or the other way round!

What is the nicest thing you have done as a youth ambassador? And what was the most impressive thing?

My nicest and at the same time most impressive project was that in Lebanon, where I had a training about cultural diversity and if /how you should mix that. What I found so special about it? We had such a huge diversity in young people, all with different opinions and still we were all working on one goal. It showed me what cooperation can do! And it was just great fun of course, haha!

Besides Hague Young Ambassador international affairs, you are also youth lobbyist for Girls Rights Watch of Plan Nederland, and UNICEF youth advisor. All that, and a heavy study. It is not too much for you sometimes?

Haha, that depends on what you think is too much. Yes of course it takes up a lot of energy and I have to make more choices than someone who does not do all this, but I get so much energy in return! And when you have so much passion for something, like I have for everything I do, it does not feel too heavy. 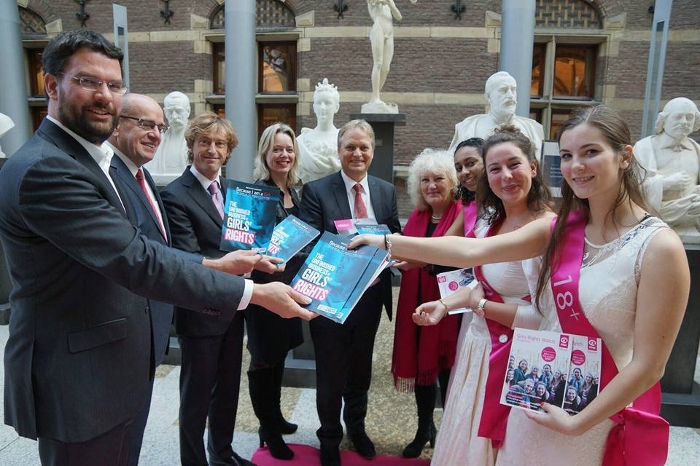 Fig. 2: Eva offers the Because I am a Girl Report to the Committee on Foreign trade and Development Cooperation of the House of Representatives.

Do you have some advice for ambitious students like you?

Do not underestimate your vote as a youngster. You may not have the experience, but for so many organizations and institutions you are so much more valuable than you might think. If you are enthusiastic and interested in something, express yourself!

After this year you will be ready. What are your plans after your study?

For 10 months I will do a project in Russia with EVS, an exchange programme of the European Commission to do voluntary work. And after that…. Well, I will see what happens!