Joris van den Tol spent three months doing archival research in Albany in the USA. Read on how he experienced his stay. 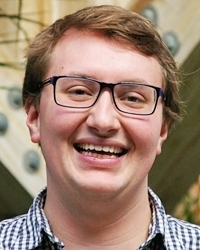 I spent three months doing archival research on 222 Madison Avenue in the capital of New York. However, even though New York might be the capital of the world it is Albany that is the capital of New York – the state. Albany is roughly 2,5 hours north of New York City, 3 hours west of Boston, 4 hours south of Montreal, and 5 hours east of Niagara Falls.  In the seventeenth century this area was part of the West India Company (WIC) colony in New Netherland and people spoke Dutch with each other. It was the time when New York was still called New Amsterdam and peg leg Peter Stuyvesant was the Director General of the colony. The archives of the colonial administration are kept in the New York State Archives in Albany, NY.

The slower pace that Albany has compared to New York City allowed me to have a very structured, content, and calm, and yet productive life. And more than three months might have been too long for this type of life. I went through the minutes of the colonial council to look for whatever information I could find about petitions. I found 281 of them, even though the ‘book of petitions’ has not survived. During my stay I learned that the New York Public Library (which is the City) also holds documents about the Dutch period in New Netherland and even the Dutch period in Brazil! The New York City Municipal Archives hold the documents relating to the villages in present day Brooklyn and Queens: Breukelen (Brooklyn), Gravesande (Gravesend), Heemstede (Hemstead), Vlissingen (Flushing), and Midwout (Flatbush) amongst others. The archival material in these three locations is a largely untapped resource for historians as the Americans struggle with (seventeenth-century) Dutch, and the Dutch struggle with the geographical distance to the source material. So going here was a great opportunity for me.

Towards the end of my stay I organized a workshop on the seventeenth-century Dutch Atlantic together with dr. Suze Zijlstra at Georgetown University where she is a Postdoc. We had invited professor Tamar Herzog (Harvard) as an expert and professor Alison Games (Georgetown) was our chair for the day. Apart from Suze’s and mine, there were presentations by Carolyn Arena (a PhD candidate from Columbia University) and Deborah Hamer (a Postdoc at the Omohundro Institute). In the audience there were 18 people from 12 different institutions in Washington DC, Virginia, Maryland, Pennsylvania, New York and Massachusetts.

Being part of the Fulbright organization was a big plus in my experience. They organized a lot of activities. Most of which were in New York City so I could not always attend them. One time I could though, when William Singer gave a architectonical tour of ‘Medieval’ Manhattan. Mr. Singer is the Chief Plan Examiner for the City of New York so he knows a lot about a variety of topics related to the history, architecture, and city planning of New York. On top of this, Fulbright organized an ‘enrichment seminar’ on civic and minority rights activism in San Diego, California. This was truly enriching, and it allowed me to meet and interact with other Fulbright Scholars in the US.

All in all my three-and-a-half month stay in the US was an extremely nice experience where I progressed a lot in my research and got to meet nice people. I would encourage everyone to apply for a Fulbright grant or to find other ways of going to the US for a short period.

Joris held a ‘Noon Day Talk’ at the New York State Library in Albany on January 5th 2016. He explained how the colonies of the West India Company (WIC) in North America and Brazil were equally unique in their composition. Yet, they both had to deal with the same issues of internal authority, trade regulation, religious freedoms, outside threats, and their position within the Empire. Through a comparison of the lobbying mechanisms in these two colonies Joris answered the question how colonial agents were shaping the Atlantic. Dutch Culture USA spoke with Joris before his talk. You can read this interview on the website of Dutch Culture USA.