Thomas Mareite is PhD student at the Leiden University Institute for History. His PhD project focuses on slave refugees in Mexico, 1800-1860. 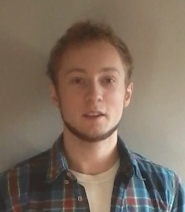 During my bachelor degree at Sciences Po Paris (France) from 2010 onwards, I had the opportunity to spend one year of university exchange (2012-2013) at the Universidad Diego Portales (Chili). These two semesters provided me with general knowledge and sources experience related to Latin American history. I developed an interest for social history, and especially with the long-neglected subject of the African past of Chile during colonial and postcolonial periods. Thus, back in Paris, I graduated with a master in "Research in History" at Sciences Po (2013-2015), conducting a dissertation on the decline and abolition of slavery in Chile, with a focus on the region of Coquimbo/La Serena, in the late eighteenth and early nineteenth centuries, under the supervision of Professor Roberto Zaugg.

On the recommendation of academics and friends, I successfully applied to one of the three PhD positions included into the NWO Vidi project "Beacons of freedom: Slave refugees in North America, 1800-1860", led by Prof.dr. Damian A. Pargas at Leiden University (2015-2020). Through a social-historical perspective, this project examines asylum-based slave migrations within nineteenth-century North America, by determining and comparing sites of "formal freedom", "semi-formal freedom" and "informal freedom" across the continent.

Within this framework, I will conduct a research on slave refugees in Mexico, between c.1800-1860. This dissertation underlines prime motivations leading to migrations of "runaway slaves" to Mexico, mainly from bordering slaveholding states of the United States (such as Texas, Louisiana, Mississippi, Arkansas). It considers also the social networks that assisted their escape attempts. Then, it assesses the diverse pattern of settlement experienced by slave refugees in Mexico, as well as the influence of slave flight on local, national, and international conflicts and controversies on slavery, and more specifically on US-Mexican diplomatic relations.