‘Over leven in Aarlanderveen’ , the film that Master's student Marleen Oostenrijk made for her graduation project of Cultural Anthropology and Development Sociology, will be screened 22-28 February at the local television station Studio Alphen. The film portrays the liveability of the village Aarlanderveen and what liveability means to its residents.

Aarlanderveners are proud of their village. In the film that Master's student Marleen Oostenrijk made in the Methodological track Visual Ethnography, she reveals how the residents of Aarlanderveen exploit the feeling of belonging to this community  to define and protect the liveability of the village. Yet, things are not all rosy in the small community, as the filmmaker reports: "Almost all shops in the village closed down. And many of the young people leave as well. It is very likely they won't find a job in the village or they have to go elsewhere for their education."

The film ‘Over leven in Aarlanderveen’ is in Dutch and will be screened daily on the Dutch television station Studio Alphen in the week of 22 until 28 februari at 20:00h and 24:00h. 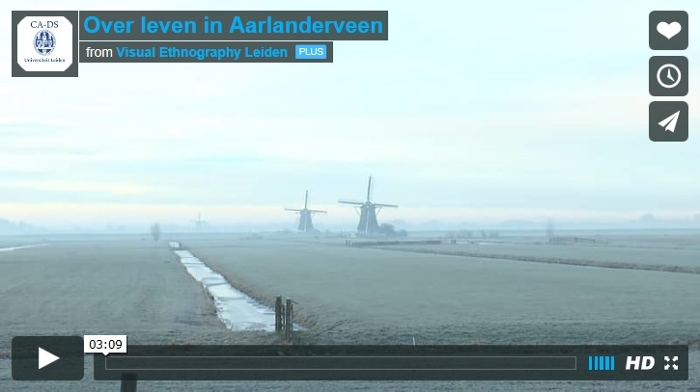 For the Dutch interview with Marleen see Studio Alphen.