Professor Carlo Beenakker has been awarded a FOM Projectruimte subsidy to build a theoretical model of a majorana gun, a very promising instrument for quantum computers. 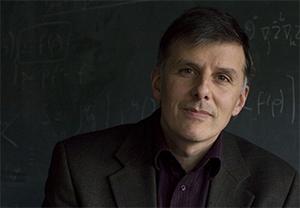 It is however still an enormous technological challenge to build a quantum computer. You need individual elementary particles as building blocks, rather than macroscopic magnets in a hard drive. And particles are not some tangible balls that you can pick up, but elusive mathematical wave functions. This makes them extremely hard to control and manipulate with machines from our macroscopic world. After enduring research, scientists know how to manage this for electrons and photons, but it remains a mystery how this would work with the building blocks for quantum computers; so-called majorana particles.

To give this technology’s development a push, Beenakker uses his FOM grant to develop a theoretical model for a majorana gun. Once built, such a device is able to fire individual majorana particles. It is the superconducting version of an electron gun. In a superconducting material, electric current is not made up of everyday electrons, but so-called Cooper pairs—superpositions of two electrons. If you dissect them, you are not simply left with two electrons, but with particles of positive, negative or neutral charge. In the latter case you would have a majorana particle.

‘A majorana gun can be very useful for a quantum computer,’ Beenakker says. ‘That technology is a vision for me that provides direction in my fundamental research. I want to create a theoretical model for a gun that injects a majorana pair on demand. I don’t have a lab, so we work on the underlying theory. This means that we write computer code for simulations and think about designs.’

The FOM grant gives Beenakker financial room to hire a PhD student and a postdoc.