Using an ERC grant to study languages with beans and millet

Japanologist and linguist Martine Robbeets is going to use her newly acquired ERC Consolidator Grant to study the origins and spread of Trans-Eurasian languages, which include Japanese and Turkish. With it, she’s tackling one of the most controversial subjects in language history.

Robbeets’ hypothesis assumes that Trans-Eurasian languages began spreading across Eurasia during the prehistoric period (6200-5400 B.C.). Robbeets believes that these originated in Inner-Mongolia (China) and Manchuria (Russia, China) and began spreading throughout the continent alongside the increasing adoption of agriculture. Similar processes also took place elsewhere on the planet when hunter-gatherers switched to farming, enabling them to increase in numbers and spread over larger regions. To back up her claims, she will be integrating archaeology, linguistics and genetics into a single method: triangulation. Aside from the Japanese and Turkish linguistic families, the Mongolian, Korean and Tungusic language families also belong to the Trans-Eurasian language group. Together, these languages are spoken in a massive strip of land stretching from Istanbul in the west to Tokyo in the east. 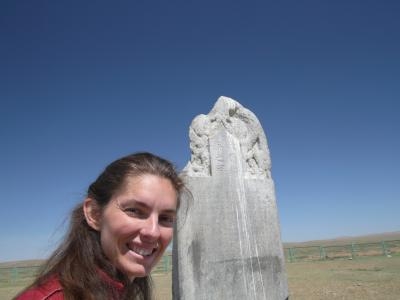 Martine Robbeets in Mongolia, studying the Orkhon inscriptions. These are the oldest written sources of the Turkic language family (eighth century B.C.) and are located in the Orkhon valley. The other photos were also taken in Mongolia.

Taking archaeology and linguistics as a starting point

The two main corners of the triangle to which triangulation – or a triangular method – refers, are linguistics and archaeology: in the field of historical linguistics researchers seek to reconstruct words that might never havebeen written down, but can be tested by using archaeological knowledge. Genetics, meanwhile, forms the top of the triangle. Scientists have already come a long way with charting mankind’s DNA, enabling researchers to uncover genetic relations between people. Robbeets is gathering data from all those three corners into a single matrix and hopes that it will come together to form a distinct picture. 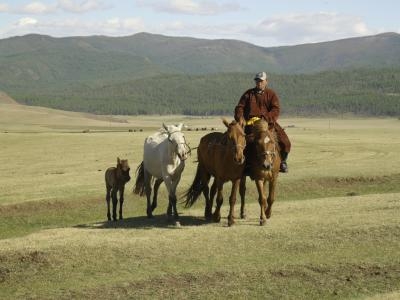 Robbeets is enthusiastic about this ambitious project, in which she will be working together with universities and institutes from all over the world. She found scholars with the necessary expertise in Europe (Germany, France, the UK, Switzerland and Finland) and in Japan, Korea and the US. But she is also working with specialists from Leiden, including professors Willem Adelaar (Linguistics) and Peter de Knijff (Genetics) and colleagues Peter Hovenkamp (Phylogenetics) and Rutger Vos (Bioinformatics). Robbeets: ‘To make this collaboration successful, we are encouraging researchers to step out of their respective comfort zones and communicate with experts from other fields. Hopefully, this will lead to a convergence of opinions and interpretations throughout the different specialisms, to form a holistic approach to the one question that matters: What really happened?’ 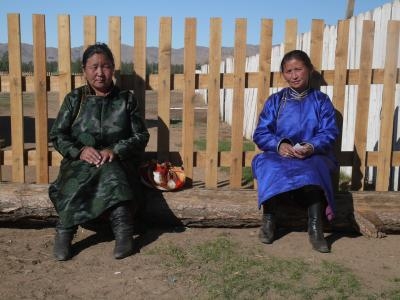 Using the newest methods from all three specialisms

Robbeets will also seek to use methods from all the three specialisms that are being integrated into this study. In recent years, the use of computer-based methods has been growing at a tremendous rate in Linguistics. Researchers can now even use software from biological studies to create genealogies of languages. Robbeets also wants to compare words and grammatical conventions to discover any relations between them. To do so, she will be focusing on words related to crops, animal husbandry and farming techniques. While previous studies of agricultural terminology focused on rice, Robbeets will also be looking at beans and millet in her research. She will even give her research a morphological dimension, by looking at the basic and essential components that form words or provide words with a specific function in a sentence. 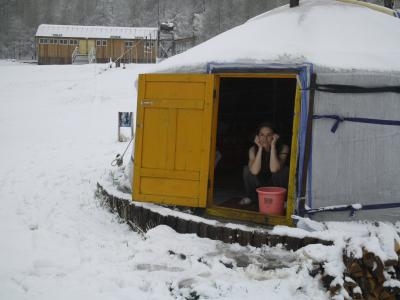 Robbeets in a snow-covered yurt in Mongolia.

By combining archaeological studies with knowledge of genetics, Robbeets is hoping to discover how Trans-Eurasian languages spread over the continent. Did it happen through mutual contact between ethnic groups, or through migration? Archaeology will fortunately provide her with data on agriculture, husbandry, farming techniques and even about the entire cultural setting. Studying the genetics of entire populations will, meanwhile, enable researchers to find out if some of the ethnic groups speaking Trans-Eurasian languages are related. It should, at least, reveal if these groups have a stronger genetic link with each other than with groups outside the Eurasian strip Robbeets is focusing on. 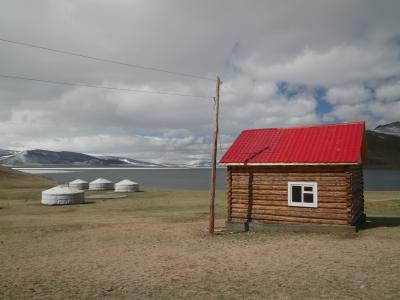 And what if the hypothesis is wrong?

The origin of Eurasian languages has been a controversial topic amongst scholars for a long time. Were certain words inherited from the same source, or have they been borrowed from other languages? Robbeets will test the hypothesis – and her own conviction – that the Eurasian languages can be traced to Inner-Mongolia and Manchuria. But what if that hypothesis is wrong? Robbeets: ‘Then we will look at other potential "birth places" of the languages, such as Central Asia and the region surrounding the Yellow River. Or we will look at whether we have simply chosen the wrong period, in which case we will shift our focus to another period in history.’ 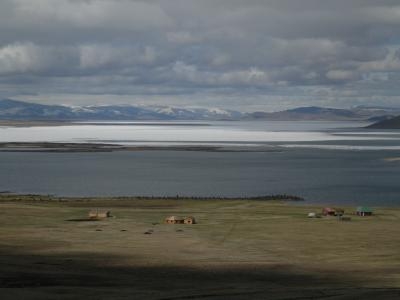 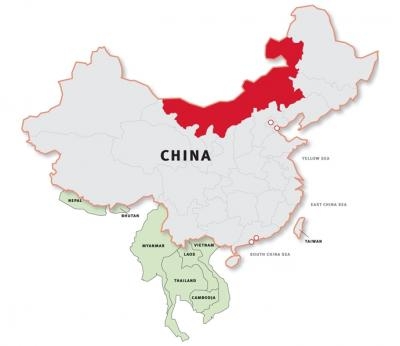