As of 1 February 2015, dr. David Napolitano is postdoctoral researcher at the Institute for History. He is particularly interested in the figure of the medieval city magistrate. 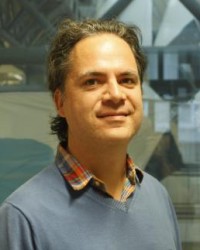 I graduated as a lawyer in 1993 (K.U. Leuven and Northwestern University (Chicago)) and pursued a successful career as a legal practitioner in Belgium, initially as a corporate counsel (KBC Bank) and later as a partner in a law firm (Eubelius). In 2005 I decided to quit the legal profession and to realize my childhood dream, studying Italian literature and history.

Following in the footsteps of Brunetto Latini

As a bachelor student (Italian Language and Culture Studies, Utrecht University) I came into contact with Brunetto Latini’s Li Livres dou Tresor. This medieval treasure trove offered me an exciting peek into the intellectual horizons of one of the central figures of thirteenth- century Florence. Inspired by the teaching in a Minor in Medieval Studies I enrolled in the Research Master Medieval Studies at Utrecht University. Reliving my ‘American Dream’ I also spent a year as an exchange student at the University of California, Los Angeles as part of this master programme.

For my master thesis I studied the composition and reception of the Tresor on the Italian peninsula in order to trace the variation and repositioning of this political encyclopedia in different socio-historical contexts. A traineeship at Huygens ING and a three-month stay at the Royal Dutch Institute at Rome (as a Ted Meyer stipend holder) offered me the perfect opportunity to develop my own research agenda. For my PhD project I focused on the final part of the Tresor, dealing with Italian city government, and, instead of looking at its reception, I opted to study its predecessors, the podestà literature, a corpus of thirteenth-century political advice books targeted at the city magistrate and his entourage.

Having completed my PhD at the University of Cambridge (Trinity Hall) under the guidance of Professor David Abulafia I returned to the Netherlands to join my wife, Maaike, in The Hague. Picking up where I left off three years before, I became involved in the ‘Erasmus, Opera Omnia’-project at Huygens ING. In addition, I was welcomed by the academic community of Leiden University. Here I aim to move beyond Italy’s borders and pursue my interest in the cultural and political history of cities in medieval Europe by comparing the podestà literature to the didactic literature targeted at city magistrates in other regions, especially the Southern Low Countries and the Rhine area.