Damjan Donev is a PhD student in the ERC granted research project 'An Empire of 2000 Cities: urban networks and economic integration in the Roman empire', directed by Luuk De Ligt and John Bintliff (Archaeology). 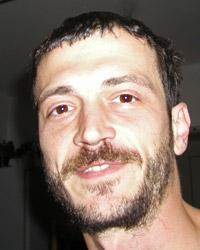 I come from Skopje, the Republic  of Macedonia and I have studied archaeology at four different universities, in four different countries, including Leiden University. I like to do fieldwork and first-hand data gathering in general. I have over a decade of experience of working in the field, mostly in my home country. My study interests include settlement forms and patterns, and landscape archaeology in general, archaeology method and theory and sepulchral archaeology. After completing my first PhD at Leiden, at the Faculty of Archaeology,  I am working on my second PhD, as a researcher at the 2000 cities project lead by prof. dr. John Bintliff and prof. dr. Luuk de Ligt, at the Ancient History department. The project focuses on the process of urbanization and urban development on the territory of the entire Roman Empire. Being familiar with the history, the geography and the languages of the Balkan Peninsula and the Lower Danube, I was given the chance and responsibility to work on this large and diverse region.

During my first PhD in Leiden, I spent most of my time doing fieldwork in the Republic of Macedonia. Over the next four years, I’ll be spending more time in Leiden and hope to experience an inspiring and pleasant research environment.