As of 1 September Jan-Bart Gewald has been appointed as Professor of Southern African History in the Leiden Institute for History, in conjunction with the African Studies Centre, Leiden. 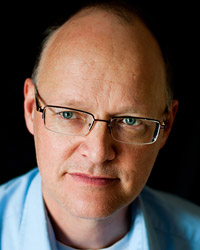 Southern Africa encompasses an enormous area that cannot be subsumed under generalisations and preconceived ideas; its sheer size and scale is lost to most people. Africa south of the Equator covers an area that easily encompasses Europe. Its people speak a multitude of languages and live in a wide variety of cultures, in a large number of environments.

If generalisations have to be made; an estimated 40% of the population live in rapidly expanding cities, approximately 50% is under 20 years of age, and less than 30% of the total population is in formal employment.

In the last 500 years, Africa south of the equator has experienced tremendous economic transformations and concomitant rapid social, political and cultural change. The task of the Chair in Southern African history is to seek to explain and contextualise these many and varied changes. Gewald will focus on three themes in particular:

Apart from continuing to teach and supervise students at all levels, Gewald also intends to access research funding for a programme provisionally entitled,  Trapped in Freedom: The Thwarted Aspirations of People in Post-Colonial Africa. 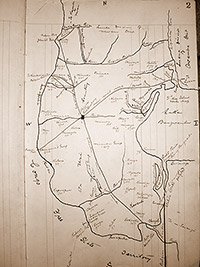 Jan-Bart Gewald grew up in southern Africa and studied African History and African Political Studies at Rhodes University in Grahamstown, South Africa. He was awarded a PhD in History in Leiden in 1996, on the basis of a thesis that dealt with the socio-political history of the Herero of Namibia, 1890-1923.

After working at the University of Cologne and the International Institute for Social History, Amsterdam, he came to be employed at the African Studies Centre, Leiden. Between 2006 and 2011 he led the NWO VIDI programme,  ICE in Africa: the Relationship Between People and the Internal Combustion Engine in Africa, and from 2008 to 2013, together with Prof. Dr. Robert Ross, he has led the NWO open competition research programme,  From Muskets to Nokias: Technology, Consumption and Social Change in Central Africa from Pre-Colonial Times to the Present.