Julie Svalastog is one of the four PhDs in Cátia Antunes’ ERC Research Project 'Fighting Monopolies'. 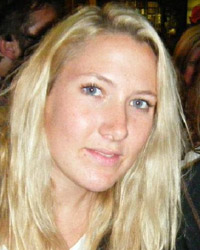 I grew up in Norway and did my undergraduate degree in General History at the University of Agder, a small university based in Kristiansand on the country’s most southern tip. There I worked on Atlantic history and the Danish Caribbean in addition to taking a minor in Religion. One of the years of my degree I spent as an Erasmus student in France at Université Toulouse II-Le Mirail where I worked on the history of the European presence in South Africa, general French presence in Africa and the Mediterranean. After the completion of my BA I moved to London where I did an MA in Early Modern History at King’s College London. My Masters dissertation was a study of the use of quantitative tools of research when writing a qualitative history of the transatlantic slave trade and the African coast in the early modern period. Re-visiting sources used in the large quantitative search-engine ‘Transatlantic Slave Trade Database’ I attempt to show that in spite of the many limitations of such a tool there are also great possibilities to discover valuable material when writing Atlantic and African history.

This September I started as one of four PhD Candidates in Dr. Cátia Antunes’ ERC-funded FIGHT project. I will focus especially on the British Empire. My research, along with the project in general, will be directed at the connections and networks of free agents in the early modern era, a period of world discovery and growing international trade. I will explore the interactions of the large companies, supported by monarch and government through various forms of monopolies, and the free merchants, working through global networks, consisting of people of various races and religions, and operating across borders. Through these self-organized networks free agents were fighting colonial monopolies, spreading ideas, crossing borders, and in various ways defying institutional empire.