Charlemagne’s Backyard?
Rural society in the Netherlands in the Carolingian Age.
An archaeological perspective. 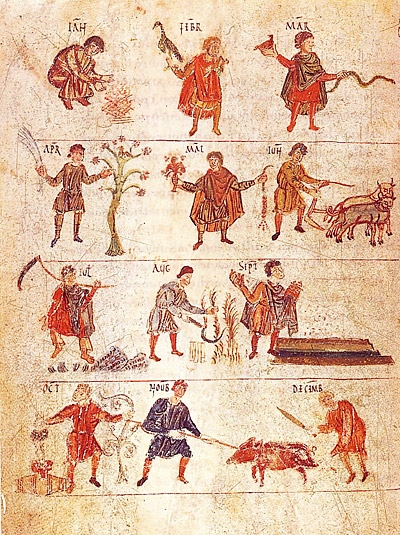 Charlemagne’s vast empire emerged in the late eighth century and lasted for well over a century. The economy of this first post-Roman empire in the West was able to sustain a cultural revival known to historians as the ‘Carolingian Renaissance’, because it transmitted the legacy of ancient and Christian Rome to posterity. Yet in Charlemagne’s empire the majority of the population lived in the countryside and Carolingian society relied on what the countryside produced. The aim of this proposal is that archeologists join forces with historians, in order to create new images of the nature of the Carolingian economy. To date, a clear and well-founded understanding of the relation between ‘economic growth’, ‘manorialisation’, ‘elite demand’, ‘agricultural productivity’ and the ‘transformation of the countryside’ is lacking. Thus far, historians, from the perspective of the written sources, have led the debate on these economic processes and concepts, with archaeology playing only a modest role. Due to the rapidly expanding collection of archaeological datasets on Carolingian settlements in the Low Countries, archaeologists are able to make a valuable contribution to this international debate that will lead to groundbreaking new perspectives on peasant economic agency and the crucial role of the peasantry in the development of the Carolingian economy.
If landed property and agricultural production are as crucial to Carolingian society as historiography suggests, an in-depth archaeological analysis of the countryside and the interpretation of temporal and regional variability of rural structures, is due. The region in which the research will be carried out is in general the present Netherlands because of the excellent archaeological data for settlements in this region. To illustrate our intention to create an truly interdisciplinary debate on the nature of the Carolingian economy we integrate a post-doctoral historian into our project, who will review the written evidence and further our comparison of archeological models with those of recent historiography concerning manorialisation and ecclesiastical land-holding in the Netherlands.

The new research group will be formed by 1 postdoctoral historian researcher (University of Utrecht) and 3 PhD candidates archaeologists (University Leiden).