Professor of Korean Studies Remco Breuker has been awarded a subsidy from the European Research Council to study the dispute between both Koreas and China on the history of Manchuria. Political scientist Daniela Stockmann will be examining the role of social media and how the Chinese authorities handle this.

Professor Remco Breuker: Who owns the history of Manchuria?

This multidisciplinary project looks at the question of how the ancient history of the former Manchuria (now known as North-East China) influences present-day perceptions of identity in Korea and China. Breuker comments: ‘There has for years been an ongoing struggle between China and South Korea about who is the legitimate 'owner' of the history of the Manchurian states. The dispute is purely about the history of the region and bears no relation to territorial ownership.' In the coming five years Breuker will investigate how this struggle has spread to informal history writing on the internet and television, and in film and literature. 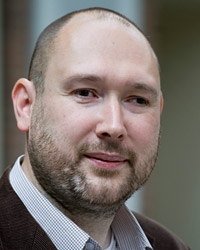 The research group will also study how state institutions influence the writing of history and the role of North Korea in this dispute. 'A claim on the history of Manchuria is essential for the legitimacy of the North Korean regime, and it is this history that is now the focus of serious contention between China and South Korea,' Breuker explains.

With the subsidy of 1.5 million euros awarded to his project on ‘A War of Words: What Ancient Manchuria Does to Korea and China Today’, Breuker will be able to recruit four PhD candidates and a postdoc researcher. 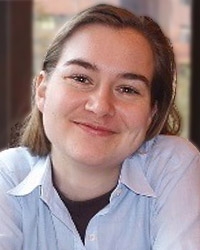 How do social media mobilise people and incite them to take action? And which forms of social media, such as Facebook or Twitter, are more influential in China than others? Stockmann explains: 'In authoritarian regimes, such media are often described as "liberation technology" that have the potential to undermine the regime. This project examines these themes within the context of China. Because of the enormous size of the country, Chinese internet control acts as a role model for other authoritarian regimes.'

The project on ‘Authoritarianism2.0: The Internet, Political Discussion, and Authoritarian Rule in China’ has also been awarded a subsidy of 1.5 million euros. Stockmann will be recruiting a postdoc researcher and two PhD students.

The European Research Council (ERC) awarded subsidies to a total of 287 researchers, who faced stiff competition for the grants. More than 3,000 proposals were submitted, an increase of 50 per cent over last year. The ERC Starting Grants are intended for promising researchers who have between two and seven years postdoc (or equivalent) experience. The amount of the subsidy ranges between 1.5 and 2 million euros per research project.