VICI winner Cwiertka: ‘I am contrary by nature’

Katarzyna Cwiertka, Leiden Professor of Modern Japan Studies, was already the recipient of a VENI and a VIDI grant. Now she has also been granted a VICI, worth 1.5 million euro, for her research project Garbage Matters: A Comparative History of Waste in East Asia. ‘I want to do something that hasn’t been done before.’ 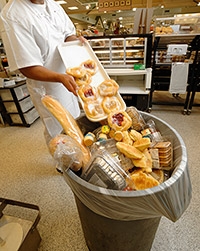 Cwiertka wants to investigate how waste is produced and disposed of in modern East Asian society. With her soon to be put together research group she will be carrying out a comparative analysis on two levels: the international level (between China, Japan, South Korea and Taiwan) and the inter-regional level (between East Asia and Europe).

Cwiertka: ‘I have always been fascinated by everyday reality and how it relates to large-scale social processes. History is not only influenced by abstract ideas, but also, and even more so by practical matters which we all have to deal with in everyday life. For some years now I have been working on the topic of food and the consumer society. When I began it was all relatively new. By now much research has been done in this area and I feel that the time has come for me to start on something new. Research on waste is a logical next step in my career: it is strongly linked with consumption and what is more commonplace than garbage?’

From an early age Cwiertka has searched for her own unique path. ‘I am quite contrary by nature, and this tendency was only strengthened by my brother, who was brilliant, constantly got top marks in school, and was simply not to be matched. So I was forced to find my own way, a different way than my brother’s. This strategy, developed in childhood, has also played an important role in my academic career.’ 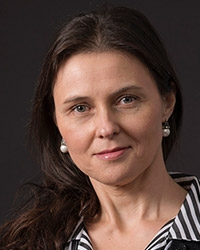 Cwiertka studied Japanese in her homeland Poland. ‘It was actually a coincidence. I had a Japanese pen friend. I was fascinated by the language and the country and decided to study Japanese. It didn’t matter that this was not a subject that would allow me to earn a living. But there was only one programme in Japanese in Warsaw and they only accepted 12 students every second year. So there was a lot of competition. I had to find a way to make it through the stringent selection procedure.’

‘A week before the entrance exam I knew what I had to do. I had discovered that Hebrew was the least popular programme within the Oriental Studies Institute in Warsaw, so that they had fewer applications. So at the last moment I switched to Hebrew. My strategy was to switch back to Japanese as soon as someone dropped out. In order to increase my chances of switching, I followed the Japanese programme as an auditor for the first semester, in addition to Hebrew. It was hard work, but my strategy worked. After a few months, the first student of Japanese dropped out. I immediately asked whether I could take her place, and they let me! In this way, I found a way to do what I really wanted to do. I always tell my students: when it comes to your passion, the end justifies the means.’

The Asian Challenge is one of the six themes for research at Leiden University.