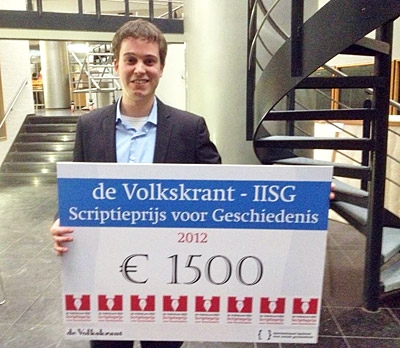 Europe’s discovery of the ‘New World’ in 1492 is one of the most defining moments in history. It meant a sudden and unexpected encounter between two radically different cultures. It is often supposed that the Spaniards offered beads and mirrors to ‘ignorant’ indians, in exchange of which they received great quantities of valuable gold. The Taíno were passive bystanders in the process of Spanish imperialism and colonialism. This thesis aims to eliminate these misconceptions through a critical reassessment of the role of European material culture in Spanish-Taíno contacts in Hispaniola during the first decades of the colonial period, in order to contribute to the construction of a more nuanced view of cultural interaction, exchange and mutual adaptation, with an active participation of local communities. The focus is on the Taíno attitude towards these new (European) objects; why did the Taíno accept the seeming trinkets of the Europeans, what were the meaning and value of the ‘strange’ objects to them, and how and to what extent were these integrated into native society? Descriptions of the cultural-historical backgrounds of both parties form the basis for answering these questions. Besides, archaeology offers an indispensable dataset that, however, hitherto has not reached its full potential, not least because of the many difficulties involved in the archaeology of postcontact Taíno settlements. By combining archaeological and historical data in a unique way, it is demonstrated that existing native cultural, cosmological and esthetical concepts and ideas must have been leading in the acceptation of European objects. 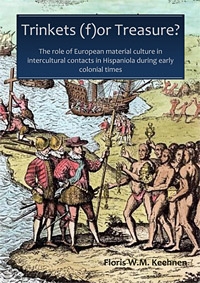