Håvar Solheim started his PhD at the Institute for History and the Centre for Study and Documentation of Latin-America, Amsterdam (CEDLA) April 1st 2011. 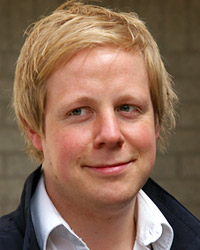 My name is Håvar Solheim and I was born and raised in Norway. After having spent one year learning Spanish in Ecuador, I initiated my studies at the University of Bergen, Norway, in Culture and Social Sciences from which I successfully graduated with a Bachelor degree in 2006, with specialization in Spanish and Latin American Studies. Soon after I moved to The Netherlands where I began a two-year Research Master in Latin American and Amerindian Studies at the University of Leiden. During this period I carried out a three-month investigation concerning citizen security, violence and insecurity in the Colombian capital of Bogotá, which formed the basis of my master thesis entitled “ Citizen Security, Urban Violence and Perception of Insecurity in Bogotá, Colombia”. At that time I published an essay on urban violence, social capital and the urban poor in Latin America in ‘ Deconstruction and Re-construction of Livelihoods in Latin America’, a publication of the Centre for Latin American Research and Documentation, Amsterdam (CEDLA). After my graduation in 2008 I started working in a position as Business Researcher at an international risk consultancy in The Netherlands, where I remained employed until March 2011.

In April I began my doctoral research regarding public security and insecurity in Colombia, which today has clearly become a major issue in the question how political legitimacy affects political regimes and leaders in Latin America. The dissertation project explores the roles played by public institutions and the citizenry in the formulation and implementation of public security policies in the Colombian capital of Bogotá in the last three decades. It further aims to assess how their particular roles as well as the interaction between these actors ultimately have impact on the results of jointly undertaken security measures. The research also contemplates the political culture and its role in citizens’ views in what they consider ‘legitimate’ and ‘illegitimate’ about state and municipal policies on public security.