Could policies aimed at preventing radicalisation undermine the very trust and social cohesion they aim to strengthen?

Since the murder of Theo van Gogh (2004), the bombings and Madrid (2004) and in London (2005), European governments have emphasised the need to prevent “radicalisation”, namely the individual or collective recruitment into violent extremism or terrorism (EU Counter-Terrorism Strategy). In order to do so, they have broadened the scope of counter-terrorism: traditionally defined as the remit of law enforcement agencies, it has been reframed as a broader problem that needs to be tackled by society as a whole.

The contradictions of teaching and detecting radicals

Two main have reasons motivated this shift. The first concerns the capacity to detect radicalisation. “Teachers, social and health care workers, religious leaders, community police officers, and prison and probation staff […] may be able to identify signs of radicalisation at an early stage, therefore they need to be aware of and understand signs of radicalisation to terrorism” (Revised EU Strategy for Combating Radicalisation). A second motivation is that societal actors can be instrumental in “combating inequalities and discrimination where they exist, promoting inter-cultural dialogue, strengthening education to enable opportunities and critical thinking, and promoting tolerance and mutual respect, exchanging viewpoints and communicating to civil society the success in these areas”, issues perceived as instrumental in preventing radicalisation (Revised EU Strategy for Combating Radicalisation). 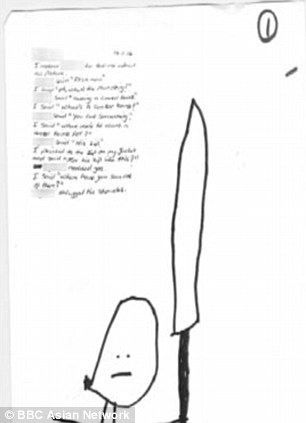 As the following examples will show, the two objectives can quickly come in contradiction with one another. On 7 December 2015, a 10-year-old Muslim boy from a primary school in Lancashire (UK) was asked about his house. He explained that he lived in a “terraced house”. Unfortunately, the teacher heard “terrorist house”. Following the statutory obligation to report cases of radicalisation in UK’s counter-terrorism law of 2015, the teacher contacted the police, who visited the boy’s house the day after, interrogating him and his family on terrorism grounds. The boy and the family were left traumatized by the incident. The boy was afraid to return to school, and the parents felt this would have never happened to a non-Muslim family (BBC News). A few months later in March 2016, a staff member at a nursery school in the UK asked 4-year-old boy about a drawing he had made. The boy explained that it depicted his father cutting a cucumber, but the nurse understood it as his father preparing a “cooker bomb” (Guardian), due to the child’s pronunciation. She then informed the parents she would report the child to a de-radicalisation programme, but as the issue became public, local authorities encouraged her not to do so. As in the previous case, both the child and the parents felt discriminated against, and the boy was “left reluctant to join in class discussions for fear of being suspected of extremism” (Guardian).

Instrumentalising relations of trust: what effects for democracy?

While these cases might appear as extraordinary but isolated blunders, they raise questions about the functioning and the unintended effects of counter-radicalisation policies across Europe. In the 3,955 cases of “radicalisation” reported to UK’s Channel de-radicalisation program nation-wide in 2015, for example, the number of young children reported is substantial. In the West Midlands, in which detailed data is available out of 788 referred individuals, 31% were reported younger than 14, and 68 under nine years old (Guardian). The fact that their teachers reported these children is also noteworthy. In France, in which both private citizens and professionals are encouraged to report cases of radicalisation to the authorities since April 2014, the government has received, as of June 2016, 10,873 reports. Of these, 19% concern under-18s; 203 cases were reported by education professionals, of which 41 by teachers (Unpublished data from French Ministry of Interior’s Unité de Coordination de la Lutte Antiterroriste (UCLAT)).

Counter-radicalisation in schools raises therefore fundamental questions about the ethical and political limits of counter-terrorism, and the extent to which Western democracies are willing to let the security logic of suspicion permeate an increasing number of areas of everyday life. More specifically however, it poses the question of a potential contradiction of counter-radicalisation policies, namely that by instrumentalising trust relations between societal actors, they may end up undermining the very social cohesion that they intend to foster.