How to explain the legislative behaviour of parliamentarians where individual electoral incentives are largely absent? Political scientists Tom Louwerse (Leiden University) and Simon Otjes (University of Groningen) studied MPs’ activity in the Dutch legislature (Tweede Kamer) and found that MPs in the Netherlands are first and foremost motivated by their direct environment, i.e. the parliamentary and partisan institutions. 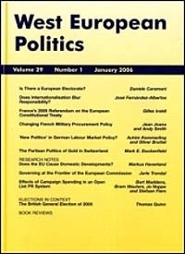 In ‘Personalised Parliamentary Behaviour without Electoral Incentives: The Case of the Netherlands’ (West European Politics 2016) Louwerse and Otjes examine four clusters of incentives that may drive parliamentarians to be active: their desire to be (1) re-elected by the voters, (2) reselected by their party, (3) promoted to higher (parliamentary) office, and (4) the parliamentary institutions in which MPs are socialised.

Reselection and promotion prospects explain MPs’ behaviour, but only under more particular specifications. Re-election prospects does not significantly affect activity levels. The last cluster of incentives—parliamentary institutions, particularly behavioural norms among committee peers—seems to have the biggest impact on the level of individual activity.