The strength of committee was measured based on twenty-eight formal rules which measure to what extent committees are able to regulate their proceedings themselves. As an example, one item measures whether simultaneous meetings with the plenum are allowed (with ‘not possible at all’ being the lowest level of autonomy). My results indicate that more autonomous committee systems are established in those legislatures that face a higher workload. This suggests that committees are, primarily, used to allow for efficient processing of legislation and documents. The data also indicates that more autonomous committees are established the greater the parties in the coalition differ ideologically over an extended period. This supports the notion that committees are used to ‘keep tab’ on coalition partners. 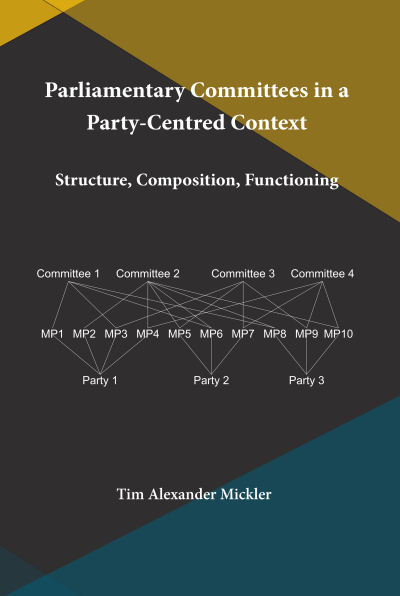 The next two empirical chapters of this book provide more insight into the restrictions of parliamentary party group organisations on individual legislators in committees. The analysis focuses specifically on the selection criteria of committee members and the room for manoeuvre of committee members after they have been assigned to a committee. It provides more insight on whether committee members are highly autonomous or have clear reporting duties vis á vis the other legislators of the parliamentary party groups. The evidence for these chapters relies on in-depth analyses of the proceedings in a smaller number of legislatures: the Dutch Tweede Kamer, the German Bundestag and the Irish Dáil Éireann. After analysing the assignments to specialized committees with a multiple membership multilevel model, the results are backed up with the evidence of 101 interviews, conducted in the three legislatures.

In the Dáil, positions are already established before a bill reaches the committee stage. It is possible to have some influence during earlier discussions within the parliamentary party groups before the legislation is formally drafted. However, afterwards government legislators in committees are expected to follow the established government line and operate under a relatively tight whip. Due to their little influence, committee work is not high on the priority list of Irish legislators who have a strong local focus. One legislator was very blunt about this: “[...] I mean if the choice is between being at a committee meeting and your constituency, everybody would be in the constituencies”.