More than fifty researchers are working together to describe the colonisation of the Americas from the Amerindian perspective. In November they will be meeting for the first time, in Leiden. How is Corinne Hofman, Leiden Professor of Archaeology managing the international megaproject Nexus 1492? 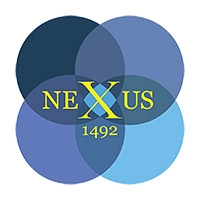 Spanish, Portuguese, English, French, German, Dutch... Never before could one hear so many different languages in the hallways of the Leiden Faculty of Archaeology. The university has appointed dozens of new foreign researchers for Nexus 1492. Hofman and her partners from Leiden, VU University Amsterdam and Universität Konstanz are mapping the consequences of the colonisation of the Caribbean. The kick-off is a four-day conference in Leiden. On 12 November, the group will be meeting for the first time. All researchers will be presenting their research proposal and discussing the form their collaboration will take.

The research group is attempting to describe the colonisation process from an Amerindian perspective. In 1492, Columbus landed in the Caribbean. According to Spanish sources, within 25 years, the indigenous societies had disappeared as a result of disease, violence and slavery. Hofman: ‘The Spaniards used this image of the vanished Amerindian socio-political structures and cultures to legitimate their dominion. The colonists took over governance, but the indigenous culture did not disappear that rigorously; in the current societies, you can still see many elements of Amerindian culture.’

When did the Amerindians flee?

The researchers analyse the interaction between Amerindians and Europeans on the basis of human remains – which illnesses did they suffer from? – and the circulation of inhabitants and materials throughout the Caribbean archipelago. The Venezuelan PhD candidate  is studying the transformation of landscape in order to gain insight into the indigenous settlement patterns. In order to do so, he is making an inventory of all Amerindian settlements, for instance to find out how these settlement patterns changed with the advent of the Europeans.

Many researchers come from the Caribbean and other Latin American countries. Hofman: ‘I wanted to challenge the image of neo-colonial researchers conducting research in countries formerly colonised by their compatriots or by other Europeans. Local researchers were able, within the framework of the programme, to formulate their own research proposal. In addition, we explicitly ask the local population what questions they want to have answered about their history.’

How is heritage preserved?

The research group, led by Willem Willems, Leiden Professor of Archaeological Heritage, examines how the remains of those periods are preserved as cultural heritage. Natural disasters such as hurricanes and earthquakes, combined with a poor implementation of the laws, form a serious threat. Willems’ team will be analysing the heritage from different perspectives. For example, a legal expert will be studying legislation on the various islands, while other researchers will be mapping the maritime heritage and the museum collections. Together with colleagues and in consultation with the local population, will be organising heritage management workshops and starting projects with schools.

The archaeologists and heritage experts are working together with data analysis, geneticists, pathologists and geochemists. Hofman: ‘We have never before collaborated on such a large scale with all these different disciplines. This integration allows us to develop new innovative methods.’ The data analysts from Konstanz are building a digital information platform to allow the researchers to share information easily. The EU wants to see a report on the results of Nexus 1492 every eighteen months. Every month, all the researchers indicate what they have done, and what targets they have met. A project team then monitors progress and reports to the EU.

Despite her incredibly busy schedule as a project leader and Dean, there is one thing Hofman will not give up: fieldwork in the Caribbean. ‘I’ve reserved a couple of months a year for it. I need it; it generates new ideas.’ After six years, Hofman hopes for a rich harvest. There will be many publications, dissertations and books. In addition, there will also be a travelling exhibition in the Caribbean and probably also in the Netherlands. The work will also be available in a different form: the plan is to have the prize-winning documentary maker Itandehui Jansen, Leiden PhD candidate in Media Studies, make a film about the entire project. Hofman: ‘We are trying to get the most out of it.’