Prof.dr. Annelou van Gijn has obtained a Marie Curie subsidy for research on wetland activity patterns in Mesolithic Northwest Europe. This funding has been used to employ the researcher dr. Aimée Little. The project will commence in November 2011. 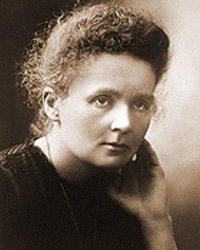 The aim of this project is to research wetland activity patterns in Mesolithic Northwest Europe through investigating traditions of tool technology, function and ideology. Throughout history, wetlands have provided rich economic resources for human groups, as well as holding widespread religious significance. However, little is known about the detail and range of tasks undertaken in wetland environments during a key period of early prehistory, the Mesolithic (c.9000-4000BC).

The focus of the project is on relevant Irish sites with comparative data drawn from a number of important British and Dutch sites in wetland landscapes of European significance, all with exceptional preservation of organic materials. As the basis for scientifically grounded discussions of key aspects of hunter-gatherer daily life in wetland environments microscopic use-wear (microwear) and residue analyses will be carried out on a range of stone, bone and antler objects. In this way it is possible to reconstruct toolkits used for different tasks, including those that are usually archaeologically ‘invisible’ like plant-based craft activities or ornament making.

Microwear and residue analysis has rarely been undertaken on Irish Mesolithic material and will greatly contribute to an understanding of daily life at that time. Such analysis also provides empirical grounds for the reconstruction of the cultural biography of stone (lithic) and organic tools. This can shed light on the social and cultural significance of material culture for hunter-gatherer communities, by revealing the social interactions between people, tools and materials at various temporal and spatial scales.