Dean of LUC elected as a new member of KNAW

The Royal Netherlands Academy of Arts and Sciences has elected five Leiden professors from different disciplines as new members. One of them is Judi Mesman, Dean of LUC

KNAW members are selected on the grounds of scientific excellence.  The Academy has some 550 members. Membership is for life.

KNAW advises on a broad range of topics in the world of arts and sciences. This advice is formulated by advisory councils and committees, largely made up of members of the Academy. They propose topics and play a role in peer reviews of the recommendations. In recent times, KNAW has issued advisory memoranda on the freedom of scientific practice in the Netherlands, the attractiveness of the Netherlands as a research country and replicating research. Big Data is one of the topics currently under review. 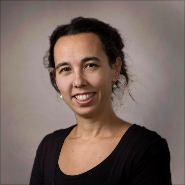 Judi Mesman is a professor of Interdisciplinary Study of Societal Challenges and Dean of Leiden University College The Hague. Dr. Mesman studies how children and adults see themselves and one another in society using insights from different disciplines. Mesman has made a name for herself as an expert in the area of socialisation in early childhood in different cultures, and gender stereotypes in upbringing. She has shown, for example, that fathers and mothers subtly and often unconsciously convey to children what behaviour they think is appropriate for boys and girls. Mesman is one of the four Athena's Angels: four Dutch women professors who actively promote the interests of women in science.