Robbert Striekwold started his PhD project at LUCAS and Naturalis Biodiversity Center in March 2016. His PhD project is part of ‘A New History of Fishes; a long-term approach to fishes in science and culture, 1550-1880’, a project directed by Paul Smith. 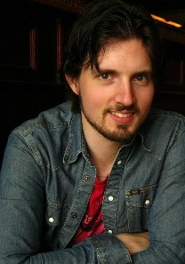 Robbert majored in biology and philosophy at Utrecht University, studying various aspects of zoology and palaeontology. After doing some laboratory-based research internships in neurobiology at the UMC Utrecht and Karolinska Institute in Stockholm, he figured out he preferred books to mouse brains and returned to Utrecht to pursue the research master History and Philosophy of Science. Here he studied the recent historical developments in a variety of biological disciplines and (for peculiar reasons not adequately explained here) Dutch neo-Calvinist theology. 'I think my broad and somewhat eclectic interests will be very useful for an interdisciplinary project such as the one I am currently involved in.'

What is this project of which you speak?

'My project, co-supervised by Paul Smith, Martien van Oijen and Menno Schilthuizen, is titled ‘Collection building: ichthyology in the Netherlands during the nineteenth century (1760-1880)’, thus chronologically capping off the broader ‘New History of Fishes’ project that it is a part of.
During the 17th and 18th centuries, a fair number of merchants, medical doctors, royalty, and other people who could save the time and money, kept natural history collections of varying sizes and compositions, of which fish formed a prominent part in this seafaring nation. These collections had a great influence on various aspects of research, including classification and illustration. The Dutch naturalist Martinus Houttuyn (1720-1798), for instance, visited and studied the collections of various compatriots while composing his encyclopedic Natuurlyke Historie, and the illustrations in his works were as much as possible drawn on the basis of specimens from such collections, often his own. Only when no specimen could be found near him did Houttuyn copy drawings from earlier sources.'

'With the rise of the European nation states, however, the focus shifted towards national collections. In the Netherlands this led to the founding of Naturalis (then called the Rijksmuseum van Natuurlijke Historie) in Leiden in 1820, which was to compete with similar museums elsewhere, such as those in Paris and London. The Dutch government actively contributed to this by lavishly funding expeditions to the Dutch East-Indies to collect new material. Most impressive are the contributions by P. F. Von Siebold (1796-1866) and Pieter Bleeker (1819-1878), whose extensive collections and descriptions of (respectively) the Japanese and East-Indian fish faunas greatly contributed to the progress of ichthyology. Partially because most of the species they described were new to science, they relied less on the accounts of their forebears than for instance Houttuyn did. Their descriptions and illustrations were also much more standardized, describing the same aspects of each fish, and depicting them in the same way. Classification, however, remained controversial, and required an ongoing negotiation with earlier and contemporary authors.'

Those are some sweeping statements. What is the broader relevance of all this?

'Ichthyology remains an understudied field in the history of biology, an unfortunate state of affairs that this project seeks to undo. Moreover, one of the goals is to contribute to a historical database of ichthyology. Many of the publications and collections I study contain a lot of information on the geographical distribution of fish populations in the 18th and 19th centuries, for instance with Houttuyn’s extensive reports on the state of fish populations (such as herring) that were important for consumption. Most notably, the works of Siebold and Bleeker represent the most accurate and complete knowledge available of 19th century fish populations of South-East Asia. This information may prove to be of crucial importance for mapping long-term developments in marine biodiversity around the world.'

Robbert is famous in his household for owning a growing natural history collection that contains numerous animals, vegetables and minerals. It is still a bit low on fishes though; a grave injustice that will no doubt be remedied in the future. He also has a cat who really likes fish, but it should be noted that formally she is not part of either the project or the collection.