In the future, computers will be able to base their decisions on intuition. Professor Jaap van den Herik, director of the Leiden Centre of Data Science, posed this statement today in his Valedictory Address at Tilburg University.

It is often assumed that intuition is one of the things that distinguish humans from computers, since the sudden inspirations humans can have cannot be matched by computers. According to Jaap van den Herik, however, it is only a matter of time before intuition will be programmable. The key to its use in computer programmes, Van den Herik said, is that intuition is not irrational, but is based on rule-based behaviour.

By studying spontaneous human behaviour (making use of eye tracking, for instance), data on unconscious, intuitive behaviour can be collected. Together with other researchers, Van den Herik created a database which contains visual representations with depth data of human gestures, facial expressions and pitch of voice. This type of data, Van den Herik pointed out, can be used as building blocks in the artificial intelligence programmes of the future. 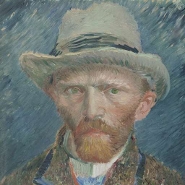 Van den Herik also referred to recent developments in painting: by collecting large amounts of data on the brush stroke, compositions and colour combinations of famous painters, computer programmes are now able to produce ‘new’ Van Gogh paintings, for instance. These developments put us on the right track, Van den Herik said: in the future, we will be able to identify intuition in a similar fashion.

Jaap van den Herik is professor of Computer Science and Law at Leiden University and is Chair of the Board of Directors of the Leiden Centre of Data Science. Until recently, he was also director of the Tilburg center for Cognition and Communication at Tilburg University. The full Valedictory Address can be downloaded here.  The Liber Amicorum can be found here.