The first AWRANA conference, organized by the Material Culture Studies group from May 27-30, 2015 was a great success 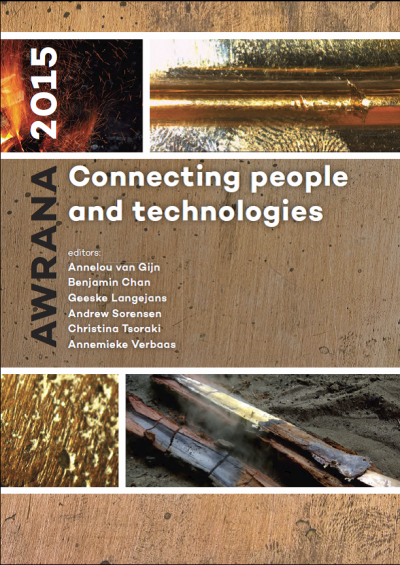 AWRANA (Association of Archaeological Wear & Residue Analysts) was established three years ago to create a platform for students and specialists. C. 140 people, coming from every corner of the world, gathered in Leiden and the many young people present showed that the field is thriving. Wear and residue analysis is being applied to objects made of an ever wider range of materials (e.g. sessions on metal, rare stones, bone and shell). Noteworthy is that use-wear and residue analysis are increasingly used in a complementary way and innovative methods of analysis are being developed.

The conference was concluded with a general meeting of AWRANA during which the first poster prize was awarded to Pedro Muñoz Moro (MA student at the Universidad Autónoma de Madrid) with a poster entitled: Emblematic elements for Bell-Beaker grave goods: the function of archer bracelets in the Spanish Central Plateau. During this meeting the place of the next AWRANA conference was also announced: Sylvie Beyries has offered to organize the second meeting in Nice, France, an offer that was gladly accepted by all present.