The Hortus Botanicus: from herb garden to crown jewel

The Hortus Botanicus is celebrating its 425-year anniversary this year. It’s the oldest botanical garden in the Netherlands, but how did it come into existence and what kind of research takes place there?

A garden where students can study the medicinal properties of plants. That was the ambition a group of scientists presented to Leiden’s municipal government in 1587, twelve years after the university was founded. What’s more, the scientists had already set their sights on one particular location: an unused strip of land immediately behind the Academy Building. The municipal authorities approved the development of a ‘hortus medicus’ in 1590.

The herb garden was constructed by Dirck Outgaertsz Cluyt, the former apothecary at the court of William of Orange. The Flemish botanist and professor Carolus Clusius was appointed as its first director; his ambitions reached far beyond a mere garden of medicinal plants. Instead, he dreamed of a Hortus that is home to every known plant in existence. As part of that ambition, he brought previously obscure plants to Leiden, such as the tomato, potato and tobacco plants, as well as tulips. Through his efforts, awareness of these plants grew enormously throughout Northern Europe. Clusius also introduced various plants that were brought back by the Dutch East India Company. 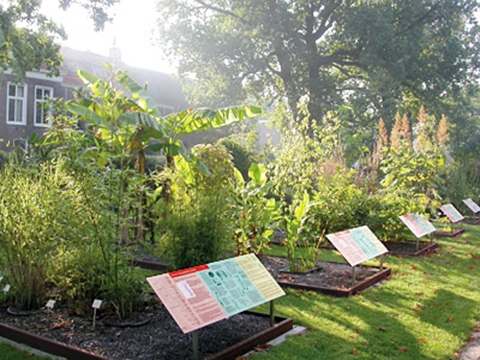 The famous doctor, botanist and anatomist Herman Boerhaave served as the hortus’s director for a very long period (from 1709 to 1730), during which time he expanded the number of plants cultivated there to almost 6,000. Among them are many rare plants and seeds. At the time, Boerhaave also served as Rector Magnificus of the University, and held three appointments as professor at the medical faculty. He was a highly respected researcher, inspiring thousands of students from all over Europe to come to Leiden. Even the Russian Tsar Peter the Great visited Boerhaave to learn from him. 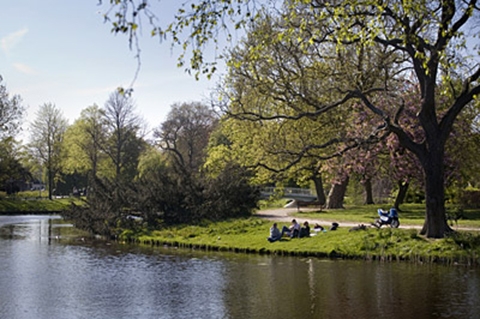 The Hortus’s size doubled over the course of the 18th century, eventually bordering the city’s walls. But to the frustration of Leiden’s botanists, the Hortus was later forced to surrender some of its land to enable the construction of the Observatory. However, it has not suffered the fate of the botanical gardens of many other universities, which have largely been closed down over the course of the 21st century. Leiden University firmly believes that the Hortus, alongside the Observatory and the Academy Building, is something truly special. All three are key to the city’s academic heritage and as such deserve to be protected. 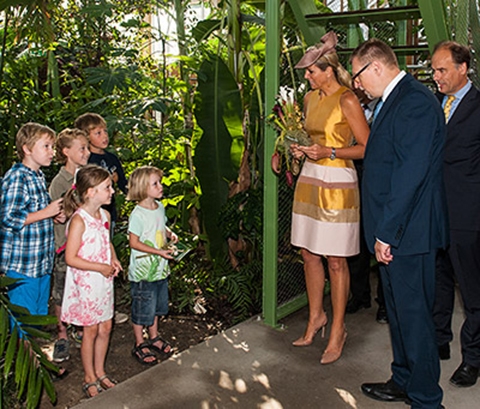 But this doesn’t mean that the Hortus is simply an outdoor museum. The tropical greenhouses were completely renovated in 2013 and are now well equipped to house research. Employees, in collaboration with the Naturalis Biodiversity Center, are currently working on a large-scale DNA study of a part of the collection. This should lead to the discovery of a number of new genealogies of important plant families, such as for orchids, ferns and sago palms. The Hortus also exchanges rare seeds with botanical gardens throughout the world to contribute to global biodiversity. The dreams of a group of scientists in 1587 have therefore grown into something truly remarkable, and have turned an unused track of land behind the Academy Building into one of the university’s crown jewels. 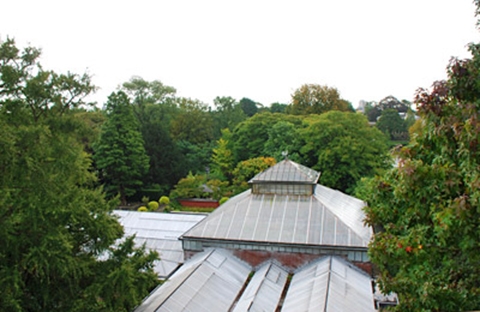