The conference Storie del possibile took place in the Ex- lavanderia of Santa Maria della Pietà in the neighbourhood Monte Mario in Rome, on April 21-22 2018. Maria Vasile, PhD candidate of the "Food Citizens?" project, attended the conference and shares her experiences.

“But where the danger is, also grows the saving power”[1]

The conference Storie del possibile took place in the Ex- lavanderia of Santa Maria della Pietà[2] in the neighbourhood Monte Mario in Rome, on April 21-22 2018. It was organized by Comune.info , an Italian network of activists and scholars developed to foster discussion on movements and initiatives that challenge the neoliberal logic.

The event was an occasion to discuss about grassroots and local initiatives connoted as “alternative” (solidary, social, mutualistic, transformative) initiated in Italy and Europe such as solidarity economy and degrowth networks, occupied spaces, neighbourhood collectives, community centers and social farms. It reunited activists and researchers involved in the making or the analysis of “un nuovo modello di economia possibile, un’economia transformativa” (a new possible model of economy, a transformative economy)[3], with the aim of maturing common visions on the state-of-the-art and identify priorities for moving forward.

The methodology (plenary sessions and thematic working groups) allowed for the presentation of over a hundred studies and an animated discussion on strong points and challenges for these alternative models. I participated to the plenary sessions as well as two working groups: Territori: le comunità possibili (Territories: the possible communities) and Crisi dei corpi intermedi, mutualismo e nuove forme di organizzazione (Crisis of the intermediary associations, mutual assistance and new forms of organization)[4]. 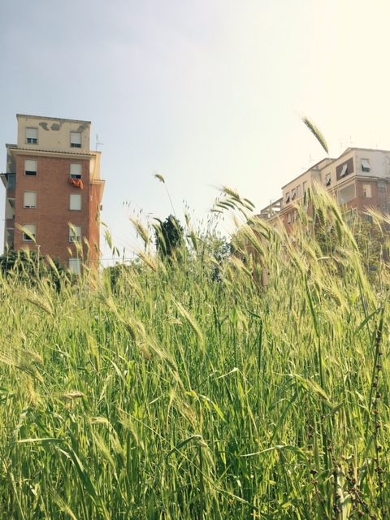 Territories: the possible communities
The working group Territories: the possible communities opened the discussion with five presentations. The speakers included: an anthropologist, who talked about biodiversity, place-specific cultivations and rural identity in a village of the Abruzzo region (Italy); an urban planner, who discussed about ongoing projects of re-appropriation and “auto-gestione”(self-management) of public space by the inhabitants of three different outskirt areas of Rome; a sociologist, who gave a theoretical presentation on the multidimensionality of rural-urban linkages; an urban planner, who presented a magazine on urban community spaces across European cities (Cooperative City); and myself, who talked about small-scale farmers and local food governance.

The debate that followed helped to identify connections between the different presentations. Firstly, we discussed the importance of scale, or rather the importance of reflecting on this criteria to better explore linkages between local initiatives and matters of governance, power and democracy. Participants raised questions such as: when do local solutions respond to systemic challenges? How can local solutions have an impact and change power dynamics across scale? How to effectively scale out local initiatives?

A second point of discussion related to what a contributor called “the grey zone between the legal and the non-legal”. Indeed, several initiatives that had been presented (such as the self-management of public space in Roman suburbs) involved a series of actions that belong to this grey zone. The debate around these “in-between spaces for action” brought participants to talk about the relation with institutions: how should the actors of these local projects relate to institutions? How can they, as active citizens, make sure that institutions promote the valorisation of local projects?

The discussion concluded with broader interrogations on the pervasiveness of the neoliberal logic, thus the need for a wide range of counteractions. (Re)building “comunità”(community) was identified as a stepping stone for bringing change both at micro and macro levels. Participants’ understanding of “fare comunità” (making the community) emerged through several interventions: some referred to the enhancement of resilient and self-managed communities, some to independence from a market logic and protection of the commons, and others to the need to bring together these initiatives and create “una federazione di comunità” (a federation of communities). 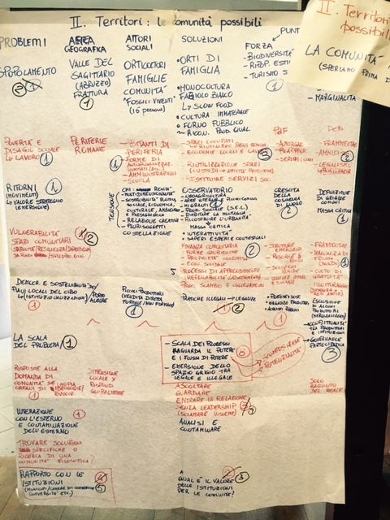 Picture 2: Outcome of the discussion of the working group Territories: the possible communities.

One of the other issues discussed related to the role of “alternative” local initiatives and novel form of mutualism in such scenario. This was an important moment of critical reflection on the “alternative” networks and initiatives that the participants were engaged in (as activists or researchers): How to scale out the activities and build connections? How to deal with the obstacles created by the economic system and resist co-optation?, How to create a culture of solidarity that reaches people beyond current networks?

Questions around inclusiveness were raised when discussing specific Italian matters such as the difference between the “Gruppi di Acquisto Solidale” (GAS) (Solidarity Purchase Groups) and the “Gruppi di Acquisto Popolare” (GAP) (Popular Purchase Groups). The latter are networks of people in a situation of economic vulnerability that buy food collectively. As pointed out by a political activist that worked with such groups in Rome, the quality of the food bought in the GAPs is very low, as the purchasing power of the members is limited. In her experience, only very few GAPs managed to transform into GASs and procure local quality products. 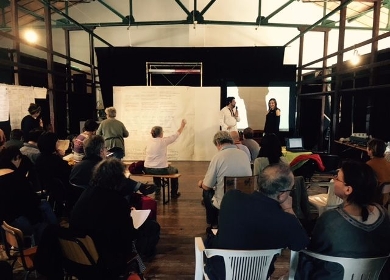 Picture 3 The discussion in plenary

Moving forward
In the plenaries, participants reflected on the outcomes of the working groups. Anybody could intervene to present their considerations to the rest of the audience. Among the many arguments, the following topics were reoccurring : the need for a change in narrative and communication strategy (in order to get closer to more varied groups of people), grounded action (to revitalize local territories and identities), and the adoption of a more oppositional stand.

Participants seemed particularly concerned about this last point: how to develop a clearer and joint strategy for moving forward?, “Do we even agree on a common objective?”, “Is our objective “una società solidale” (a solidary society) and the solidarity economy just a mean to achieve it?”, “Do we agree on what “una società solidale” entails in practice in the present political context?”. These questions, as well as more practical interrogations on the making of the “mutualismo pensante e conflittuale” (thoughtful and oppositional mutual aid)[5] remained unanswered. To continue debating together on these issues appeared to many as a key priority. Only this way, activists and scholars can avoid that single initiatives will become irrelevant in the face of broader societal transformations or that their methods will be co-opted.

Among the other debated priorities was the idea of interacting more with institutions (at every administrative level) in order to enhance the valorisation of local projects. Equally popular was the reflection on the need for learning from the experience of movements in other countries, and to engage in education on the ground.

One of the last intervener pointed out the importance of continuing to critically reflect on the actions of what, by the end of the conference, was being called “our movement” with a new approach: “let’s stop looking at what we have done, let’s now map out what is missing and needed in the different territories where we work”. The conference ended with the making of a common agenda: many participants shared information about upcoming events where these discussions, and others, will be continued[6][7]

Text and photos by: Maria Vasile.

[1] Fragment of the hymn Patmos by the German poet Friedrich Hölderlin (1770 - 1843). This quote was associated to the emergence of new forms of solidarity and mutual assistance in neoliberal times in the article Uscire dal neoliberismo non è una utopia by Checchino Antonioni, published on Left 18/2018.

[2] Santa Maria della Pietà is a former psychiatric hospital, now converted into a public park. The Ex-lavanderia is one of the building of the compound: occupied since 1996, it became a space for socio-cultural activities and is currently managed by the Comitato Si Può Fare (Committee It Is Duable). For more information (Italian only): https://www.exlavanderia.it/images/documenti/librobianco/libro_bianco.pdf

[4] For more information on the conference’s methodology, working groups and participants (Italian only): https://comune-info.net/2018/04/programma-metodologia-lavoro/

[5] A more comprehensive explanation of the “mutualismo pensante e conflittuale” can be found in the article L’alternativa è “far da sé pensando” by Leonardo Filippi, published on Left 18/2018.

[6] The agenda is available online: https://comune-info.net/2018/04/agenda-storie-del-possibile/

[7] I am grateful to all the participants that shared with me their thoughts and impressions about the conference. I also wish to thank my friend Sandra for revising this account.