These are the people collaborating within CARES 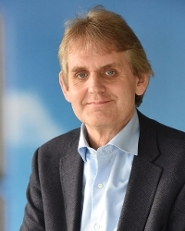 Gilles van Wezel is Professor of Molecular Biotechnology and a guest professor at the NIOO-KNAW in Wageningen. He is head of the cluster Microbial Biotechnology and Health at the Institute of Biology of Leiden University and vice-director of the Institute of Biology. Van Wezel is president elect of the ISBA (International Symposium for the Biology of Actinomycetes), the main organization in the field of actinomycete biology.

His experience with antibiotics-producing actinomycetes dates back to his PhD research at Leiden University, when he worked on the control of genes that specify parts of the protein biosynthetic machinery (the ribosome) in the soil bacterium Streptomyces coelicolor. After his PhD, he worked as a postdoc i.a. at the John Innes Centre (Norwich, UK). Since 2001, he is group leader at Leiden University where his group aims to uncover the regulatory networks that control growth, development and antibiotic production in actinomycetes.

Gilles van Wezel currently has a research group of around 25 people, and supervises 14 PhD students and 5 postdocs. Two young scientists in his group received prestigious VIDI (Dennis Claessen) and VENI (Jacob Gubbens) grants from STW, respectively. He published over 110 papers and 10 patents (three granted so far). Gilles van Wezel received a fellowship from the Royal Academy in 2006, and a VICI grant in 2008, a major personal grant in the Netherlands that is awarded to renowned leading scientists.

Gilles van Wezel has a passion for communicating science: he teaches several BSc and MSc courses, training PhD students gives him great satisfaction, and he was awarded with the Lecturer of the Year prize of the Leiden Institute for Chemistry in 2010 and the Academic Year Prize for Dissemination of Science (Academische Jaarprijs) in 2011. 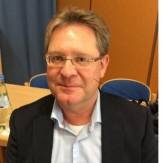 Kuipers has an interest for both the fundamental science and the application of his research, and he received the prestegious Simon Stevin Meester-prize in 2011, the largest prize for technical scientific research in the Netherlands. He is also member of the Royal Dutch Academy of Arts and Sciences. 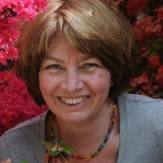 Christina Vandenbroucke-Grauls is medical microbiologist and Professor of Medical Microbiology and Head of the Department of Medical Microbiology and Infection Control, VU University medical center, Amsterdam since 1995. She earned her MD at the Katholieke Universiteit Leuven (Belgium); she was trained as a medical microbiologist at Utrecht University, where she also obtained her PhD. As head of a medical department in an academic institution, she has duties in diagnostics and patient care, in research and in teaching.

Her research focusses on phenotypic and molecular detection of antibiotic resistance and genes, on epidemiology and risk factors of resistance, and on prevention of spread of resistance. Main topics are Staphylococcus aureus (both susceptible and methicillin-resistant - MRSA), and Gram negative bacteria resistant to beta-lactam antibiotics through the production of extended-spectrum beta-lactamases (ESBL),  plasmid-mediated AmpC beta-lactamases (pAmpC), and carbapenemases. In her laboratory various screening and detection methods for resistance genes were developed, as well as methods to compare and analyse genotype and virulence of resistant strains. In view of the urgent need for new antimicrobial agents, in collaboration with W. Bitter, head of the molecular microbiology research of the department of Medical Microbiology, we are currently developing methods for medium- to high throughput screening of new antibacterial compounds in a zebrafish embryo model of infection with multidrug-resistant Gram negative bacteria. 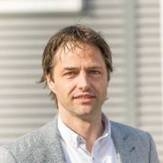 Thomas Hankemeier is professor of Analytical Biosciences, Head of the Division of Analytical BioSciences and Scientific Director of the Netherlands Metabolomics Centre.  After his MSc in chemistry, he finished his PhD in analytical chemistry at the University of Amsterdam in 1997. He worked for TNO for 8 years before he went to Leiden University in 2004. Prof. Hankemeier is also co-founder of  MIMETAS, the worldwide first organ-on-a-chip company.

The research of Prof. Hankemeier focuses on the development of innovative analytical strategies for metabolomics-driven systems. In recent years he developed tools to detect, quantify and identify as many as possible metabolites in mammalian biofluids, tissues and cells. He is developed innovative microfluidic methods to miniaturize sample preparation and analysis. He established an international leading Metabolomics Facility (www.bmfl.nl), where a fully automated workflow can screen, screen identify and validate compounds on their antimicrobial activity. “Smart screening”, where relevant characteristics are identified as early as possible, is the key. 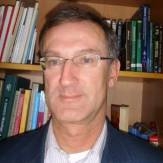 Prof. dr. Ed Kuijper is medical microbiologist, head of the National Reference Laboratory for Clostridium difficile and head of the Experimental Bacteriology at the Leiden University Medical Center. Ed Kuiper was trained as a medical doctor at the University of Amsterdam. He then specialized in medical microbiology at the St. Elisabeth Hospital in Tiburg. He carried out his PhD research at the Centers for Disease Control in Atlanta, USA. Since 2011, he has been working at the Department of Medical Microbiology at the LUMC. Since 2009, he is president of the European Study group of Clostridium difficile and leads a ECDC supported action to build an European network for surveillance of C. difficile. He has also coordinated several national research projects to the pathogenesis and epidemiology of Clostridium difficle infections. Other areas of interest are application of next generation Mass-Spectrometry in Medical Microbiology, recognition and epidemiology of multidrug resistant bacteria and diagnostics of mycobacterial diseases. He is author and co-author of more than 300 scientific publications in peer reviewed journals. 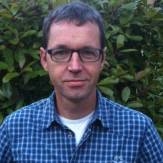 Wilbert Bitter is full Professor of Molecular and Medical Microbiology at the VU university and VU university medical center. After his MSc study in Biology, he completed his PhD in Molecular Microbiology at the University of Utrecht in 1992. In 1993, he won the Unilever research award for young scientist. He then held a postdoc position in parasitology at the Dutch Cancer Institute (NKI). In 1995, he returned to the University of Utrecht for a postdoc and subsequently an assistant professor position. In 2001 he started his own group in the VU university medical center and since 2010 he is a full professor. Wilbert Bitter is a member of the Scientific Committee of the Dutch Society of Medical Microbiology (NVMM), and is associate editor of FEMS Microbiology Reviews.

Wilbert Bitter published more than 100 peer reviewed papers and has been involved in a number of large research projects, funded by national and EU research support grants. Ongoing projects are SmartMix (funded by the Ministry of Economic Affairs and the Ministry of Education, Culture and Science), PreDiCT TB (IMI), ENABLE (IMI) and noTBsec  (JPI-AMR). In 2010, we was awarded with a Bank BNP Paribas infectious diseases research support grant.