From 15 augustus 2014 onward, Leonor Álvarez Francés is appointed as PhD student on Raymond Fagels NWO project ‘Facing the Enemy. The Spanish Army Commanders during the First Decade of the Dutch Revolt (1567-1577)’ 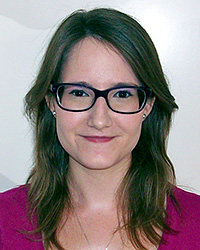 Ever since I can remember I have been curious about encounters between different cultures. The specific and Manichaean adjectives with which people describe ‘others’ have always fascinated me, as they are often combined with a complete lack of personal experience to support such extreme ideas. When I turned eighteen I moved from my hometown Pamplona to the much more cosmopolitan Barcelona, where I was unexpectedly confronted with the multiplicity of identities within my own country. As it turned out, I was a foreigner in Spain, for according to plenty of my fellow students and teachers, they were Catalans, and I was not. I could feel first-hand how alienating self and other images can work and, even more confronting, how deeply people can believe in the existence of irreconcilably different groups of people.

In the past years I have come to the conclusion that imagology and transnational history are key to understand how images work and why they play such a significant role in societies, influencing everyday life and politics of nations all over the world.

As a Spaniard living in the Netherlands I have grown especially curious about the history shared by these nations and its reflection on the images they have harboured about each other. Therefore I dedicated my Research Master thesis to analyzing the manner in which Spanish theatre plays were translated from Spanish into Dutch and sold in Golden Age Amsterdam during the last decades of war with Spain. This gratifying endeavour convinced me that the evolution of Spanish-Dutch images is the topic I want to dedicate my professional life to.

‘Facing the Enemy’ brings all my passions together into one project. I will study both Spanish and Dutch chronicles from the Eighty Years War in order to explore the complexity behind images of Spanish commanders fighting in the Low Countries. Generally speaking, Spanish and Dutch discourses produced heroes and war criminals respectively, but recent research has shown that these national discourses were not monolithic. In Spain there was room for nuance, and in the Low Countries religious and political affiliation influenced the descriptions. The creation of strong enemy images such as the Black Legend usually is the result of an existing internal debate within a given society: in this case, at first as a result of differences between Catholics and Protestants, and between enemies and supporters of the king; later also between groups within the Low Countries that propagated different memory cultures. Our hypothesis is that a growing distance from the actual events reduces the episodic character of the texts, creating more space for meta-narratives that embed the episodes within a certain overarching discourse, focusing for example on the importance of religion or the defence of the nation against foreign enemies.