From Monday 15 until Thursday 18 October 2018, the eighth annual NISIS Autumn School will take place at the University of Groningen. This year’s Autumn School themed 'Travelling Muslims' is organised by NISIS and the Faculty of Theology and Religious Studies of the University of Groningen in cooperation with the Netherlands Organisation for Scientific Research (NWO).

Islam and Muslims have a rich history of travelling. Whether motivated first and foremost by religion, as in pilgrimage and journeys to seek knowledge, or for economic reasons or simply seeking pleasure, travel has an impact on one’s world view and habits.  In this Autumn School, we  investigate how  various kinds of travel have informed Muslims religious views, practices, and different senses of belonging.  In particular, we will look into three, often interrelated kinds of travel:  pilgrimage, migration, and ‘holidaying’.

See for the full programme the programme booklet. 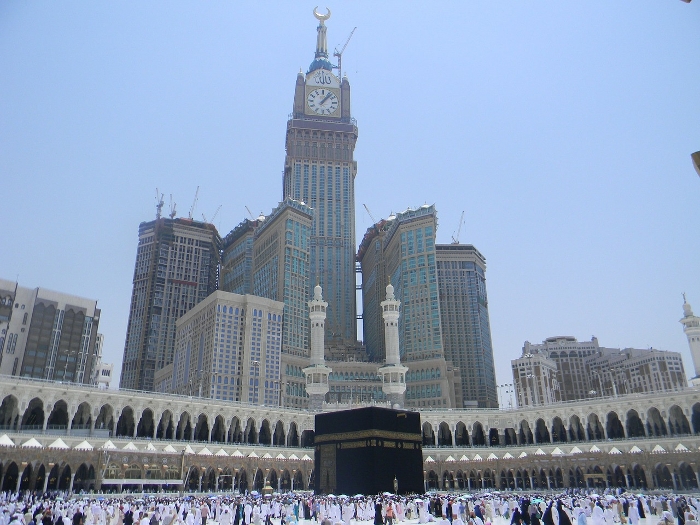 Kholoud Al-Ajarma is a Ph.D candidate in the fields of Anthropology, Theology and Religious Studies at the University of Groningen with primary focus on Islamic pilgrimage (hajj) and its meaning in everyday life in Morocco. She holds an MA in International Studies, Peace and Conflict Studies (from Coventry University, England) and an MPhil in Anthropology and Development Studies with a distinguished dissertation on “Identity construction among the Palestinian diaspora in Chile” (from the University of Bergen, Norway). Al-Ajarma was also a research fellow at Oxford Centre for Islamic Studies (OCIS).

Nico J.G. Kaptein Ph.D. (1989) teaches Islamic Studies and is Chair of the Programme for Middle Eastern Studies at Leiden University. He has held research fellowships at the Asia Research Institute of the National University of Singapore; the Zentrum Moderner Orient in Berlin, and the Berlin Graduate School Muslim Cultures and Societies. He is section and contributing editor Southeast Asia for the authoritative Encyclopaedia of Islam, Third Edition (Brill, Leiden). He is member of the academic Advisory Board of the Leibniz-Zentrum Moderner Orient in Berlin.

Ammeke Kateman is a postdoctoral researcher at the department of History, European Studies and Religious Studies at the University of Amsterdam. Her research focuses on Arabic Mecca travelogues in an age of Islamic reformism (1850-1945), as part of the NWO-funded project "Mecca. More magical than Disneyland" (main applicants: Marjo Buitelaar en Richard van Leeuwen). She obtained her PhD in 2016 from the University of Amsterdam, under the supervision of prof. dr. Gerard Wiegers and dr. Richard van Leeuwen. Her dissertation, funded by NISIS, focused on Muhammad ‘Abduh and the ways he thought about Islam in a globalizing world, for which she did extensive library and archival research in Beirut and Cairo.

Heleen van der Linden (MA Middle Eastern Studies, track: Turkish Studies). During and after her studies, she worked as a tourleader for several travel agents, mainly in Turkey, Central Asia, India and the Middle East, and was the (co)-editor of some travel guides and booklets. Afterwards - among other things - she worked at the opinion desk of the Dutch daily NRC Handelsblad. Since 2014, she is working on her PhD research at VU University Amsterdam, at the department of Social and Cultural Anthropology. The research focusses on how Islam is shaped in the Netherlands by concentrating on trends and initiatives among ordinary Muslims to relate their religious practices and convictions to their daily experiences and participation in society.

Umar Ryad is professor of Arabic and Islamic Studies at the University of Leuven and member of the Young Academy of Belgium. Prior he has worked as assistant professor at the University of Leiden (2008-2014) and as associate professor at Utrecht University (2014-2017). He is currently leading a European Research Council (ERC) project which focuses on the “History of Muslims in Interwar Europe”. His current research also includes the dynamics of the networks of pan-Islamist movements, Muslim polemics on Christianity, and transnational Islam in the modern world.

Manja Stephan-Emmrich is Junior Professor of Islam in Asian and African Societies at the Institute for Asian and African Studies at Humboldt-Universität zu Berlin (Germany). A sociocultural anthropologist working on Islam and Muslim identity in Asia, she is also a Principal Investigator at the Berlin Graduate School Muslim Cultures and Societies (BGSMCS). She has widely published on Islamic lifestyles, youth and education, migration and mobility. In her current anthropological book project, she is investigating entangled mobilities of reform-minded Tajik Muslims to the Gulf and the wider Middle East. She is the co-author of the edited volume Mobilities, Boundaries, and Travelling Ideas. Rethinking Translocality Beyond Central Asia and the Caucasus (2018, Open Book Publishers: Cambridge).

14.30-14.40:       Official opening by Prof. Mladen Popovic (dean of the Faculty of Theology and Religious Studies, University of Groningen)

WEDNESDAY 17 OCTOBER
Keynote Lecture session 3:  Travel in the Pursuit of Knowledge and Pleasure

The keynote lectures are open to the public