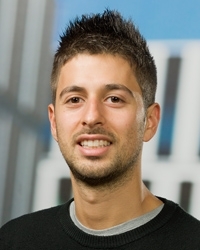 In this talk I will speak about the phenomenon of breaking of ensemble equivalence in complex networks. For many system in statistical physics the microcanonical and canonical ensemble are equivalent in the thermodynamic limit, but not for all. The goal is to classify for which classes of complex networks with topological constraints, breaking of ensemble equivalence occurs. We consider the simple case in which we fix the number of links and then we move to the configuration model (we fix the degree of each vertex). Then we study a more general setting with an arbitrary number of intra-connected and inter-connected layers, thus allowing modular graphs with a multi-partite, multiplex, time-varying, block-model or community structure. We give a full classication of ensemble equivalence in the sparse regime, proving that break-down occurs as soon as the number of constrained degrees is extensive in the number of nodes, irrespective of the layer structure. In addition, we derive an explicit formula for the specific relative entropy and provide an interpretation of this formula in terms of Poissonisation of the degrees.