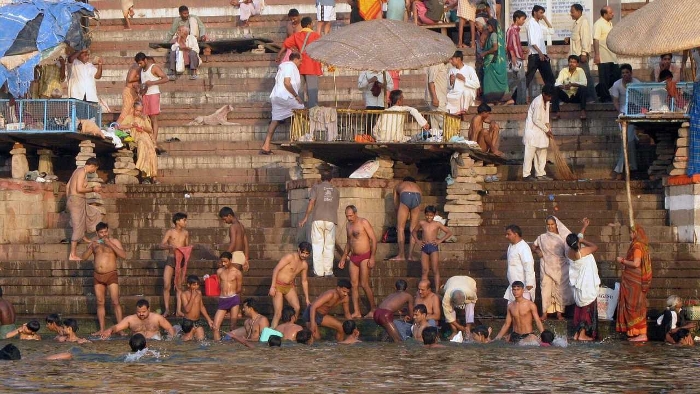 The Leiden University Centre for the Study of Religion (LUCSoR), the Dutch Association for the Study of Religion (NGG), The Netherlands School for Advanced Studies in Theology and Religion (NOSTER) in cooperation with the University of Erfurt Research Centre „Dynamics of Jewish Ritual Practices in Pluralistic Contexts from Antiquity to the Present“ are pleased to announce their joint conference on Interpreting Rituals: Historiographical Perspectives and Pluralistic Contexts, to be held on October 29-31, 2018 at Leiden University.

The study of ritual and ritualized practices has become a multidisciplinary endeavor during the past century. The contributions of Harrison, Durkheim, Jung, Otto, Eliade, Turner, Douglas, Leach, Geertz, Rappaport, Assman, Ricoeur, Bell, Asad, Buc and Grimes are among those that have permanently influenced the directions taken in the development of ritual study. While the perception and conceptualization of Jewish rituals – like all ritual – have changed over time, the academic study of Jewish ritual and the historiography of Jewish ritual, unlike the study of Christian and other rituals, are still in their inception. The aim of the conference is not only to gain insight into this particular phenomenon, but to transcend the conventional (Western) Christian bias inherent in the study of ritual in search of other and new vantage points. We invite participants in this conference to present papers on rituals and their historiography, in Jewish but also in other religious contexts, with a focus on ritual in pluralistic contexts.

Jewish rituals have been a topic of discussion and contention both in Jewish and non-Jewish sources since antiquity. In antiquity both Greeks and Romans pointed to the rituals of the Sabbath, circumcision and dietary laws as the distinguishing marks between Israelites/Jews and non-Jews. Sabbath observance, for example, was understood as a sign of laziness. The waning of ancient religious systems based upon sacrifice led, according to some scholars, to alternative ritual performances. What impact did the fall of the Second Temple have on Jewish ritual? And what role did the rise of Christianity play in the development of ritual in the rabbinic period? The New Testament Acts of the Apostles portrays Paul and Peter as arguing about the need for Christians to practice Jewish rituals. The Pharisees – and later the rabbis – placed great emphasis on proper ritual performance. Clearly changes in political contexts influenced the transformation, innovation, understanding and framing of Jewish rituals as well as the rituals of those groups among whom Jews resided and/or by whom they were ruled.

Similarly, in the Enlightenment and the subsequent process of political emancipation new discourses on Jewish rituals developed and led to great change and experimental practices. For the first time the development of liturgy was studied by scholars associated with the Wissenschaft des Judentums, the academic study of Judaism. Yet scholarship, politics and apologetics were deeply entangled in this 19th century endeavor. Some rituals, labeled as “oriental” by European and American Christians, were subsequently perceived as such by rabbis who argued for their abolishment in the struggle for legal equality. Other rituals such as circumcision were retained but have remained a bone of contention until the present. Yet others, such as the celebration of Chanukah – a minor holiday –, gained importance as an answer to the increasing popularity of Christmas in 20th century America. In all these examples, rituals, ritual change, the perception of and academic discourse on ritual are entangled in the processes of modernization and the negotiations taking place between minority and majority groups.

Finally, the rise and development of new media and technology have undoubtedly led to ritual change and innovation. How, for example, have printing technologies and – more recently – the Internet influenced Jewish and other rituals? How and to what extent has the rise of photography and the film industry and newer visual technologies had impact on rituals? The Lubavitcher Hasidim, for example, now make extensive use of the web and YouTube in their outreach to secular Jews and stimulation of ritual practice as a multi-racial and multi-ethnic affair. What changes do off-line rituals undergo when they become rituals online and what sorts of new online-rituals have developed? How are these developments being interpreted in scholarly discussions and how are these understandings commensurate with the study and historiography of ritual in the past?

A masterclass led by prof. Jörg Rüpke (University of Erfurt) will be held on Monday, October 29th. The topic of the masterclass is Prof. Rüpke’s new book Pantheon. A New History of Roman Religion (Princeton University Press 2018). PhD students and Research Master students are kindly invited register via NOSTER. More information on the masterclass can be found here.

Please note that in every panel session there are 3 lectures. Each lecture is 20 minutes with a 10-minute Q&A. All panel sessions will take place at the Kamerlingh Onnes Building, Steenschuur 25 Leiden. Click here for the full program, including the abstracts of all participants.

We are delighted to present the confirmed keynotes speakers for the LUCSoR conference ‘Interpreting Rituals: Historiographical Perspectives and Pluralistic Contexts’ (29-31 October 2018). The opening lecture of the conference will be held on Monday evening by Professor Aaron Hughes. He is

Philip S. Bernstein Professor of Jewish Studies at the University of Rochester. His fields of research include Jewish philosophy, Islamic Studies and Theory and Method in the Academic Study of Religion.He is editor of the journal Method and Theory in the Study of Religion. Among his most recent works are Islam and the Tyranny of Authenticity: An Inquiry into Disciplinary Apologetics and Self-Deception and Rethinking Jewish Philosophy: Beyond Particularism and Universalism.

Professor Nurit Stadler (Hebrew University of Jerusalem) will give a keynote lecture on Tuesday morning. Her research interests

include Israel’s Ultraorthodox community, fundamentalism, Greek-Orthodox and Catholic rituals in Jerusalem, text-based communities, the veneration of Mary in Israel/Palestine, and the study of female saint shrines, sacred places and sacred tombs. She is the author of Yeshiva Fundamentalism. Piety, Gender, and Resistance in the Ultra-Orthodox World (2008).

Leo Samama is an acclaimed Dutch musicologist and lecturer who has written more than 50 compositions. Dr. Samama will give a

We are very pleased that Irene Maessen (soprano) and Eleonore Pameijer (flute) will hold a concert at the end of the conference (Wednesday afternoon). Irene Maessen studied at the Amsterdam Conservatory and has great affinity with the French impressionistic repertoire. She also sings songs of female composers and unknown Dutch chamber music. Like Irene, Eleonore Pameijer studied at the Amsterdam Conservatory.  In 1996, Eleonore  established the Leo Smit Foundation and more recently the website Forbidden Music Regained, dedicated to promoting music by “forgotten composers, victims of the Nazis”. Together Irene and Eleonore will present a rich concert program of Hebrew and Yiddish songs.