On Thursday 6 September 2018 the Institute for Philosophy will celebrate the opening of Academic Year 2018-2019. All staff and students are cordially invited to attend the presentations and the reception to follow. 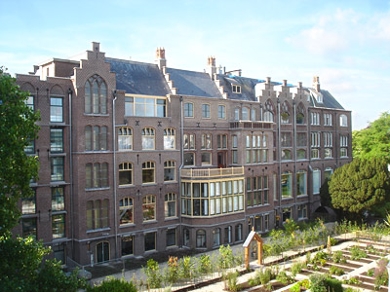 Philosophy in Leiden: Past, Present, Future, Possibility and Imaginability

Philosophy in Leiden has changed. In 1963, the subject was organized in a Centrale Interfaculteit, as a meeting place of all faculties. Now, in 2018, philosophy takes its place in an institute within the Faculty of Humanities. At the same time, student and staff numbers have grown, new teaching tracks have been introduced, and students and lecturers come from all over the world. The pressure on students and staff has grown. What are possibilities, what can we imagine?

Philosophy is a wide and varied field, where one is confronted with great and original thinkers and diverse periods. Each philosopher and each period has its own fascination. I will give an example from my own field, medieval philosophy. In the fourteenth century philosophers became more and more interested in the part played by the intellect. A radical realist such as Meister Eckhart is an example, but also nominalist philosophers such as William of Ockham and Marsilius of Inghen.

Prof. dr. E. P. Bos (1947) has worked in philosophy at Leiden since 1970, as professor of medieval logic since 2008. He specialises in fourteenth-century philosophy.