NISIS Traveling through Islam Research in the Netherlands

Course Traveling through Islam Research in the Netherlands

Utrecht University, VU Amsterdam and Leiden University, three universities participating in NISIS, will provide insight in their research in the field Islam Studies during the NISIS course Traveling through Islam Research in the Netherlands 2018. Christian Lange (Utrecht University) and his team will present their ERC research project SENSIS, Thijl Sunier (VU Amsterdam) will report on the progress of his NWO project MIWIN on Islamic authority in the Netherlands, and Gabrielle van den Berg (Leiden University) will introduce several ongoing research initiatives on the Central Asia Initiative and LUSSI, the initiative on Shi’ite Studies. For the full programme click here. (Small changes in the programme may still be applied).

Everybody, colleagues, BA and MA students, who is curious to know where research on Islam in the Netherlands is heading to, is invited to attend the day.

PhD candidates and research master students have the possibility to earn 1 EC.

Those who only want to attend the day or the book launch, are kindly requested to register by sending an email indicating their intention to nisis@hum.leidenuniv.nl. Deadline for registration is Monday 4 June 2018 9.00 hours CET. We need this registration for the catering, coffee/tea and lunch.

PhD candidates and research master students who would like to apply for the full program and the 1 EC, are kindly requested to indicate this at their registration and read the following instructions carefully:

SENSIS: The Senses of Islam 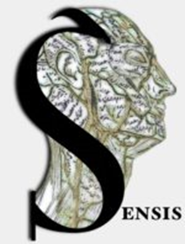 Utrecht University. The aim of SENSIS is to write a cultural history of the senses in Islam, by examining how the senses have been conceptualized, and calibrated, in a variety of Muslim environments and intellectual traditions: epistemology, mysticism, law, ethics, and poetry. Christian Lange’s overview will be followed by two presentations of researchers who are affiliated with SENSIS: Eyad Abuali (postdoc) will speak about his research on the use of sensory notions in Sufi texts (in particular those produced by members of the Kubrawiyya order), and Arash Ghajarjazi (PhD) will present his PhD project on the (early) modern transformations of the sensorium in the context of the Dār ol-funūn in Tehran in the 19th century. The two assigned readings (by Khaled Fahmy and Youshaa Patel) highlight two crucial moments in the development of the Muslim (Near Eastern) sensory system, in the first two centuries of Islam and in the 19th century.

Christian Lange (PhD Harvard, 2006) holds the Chair of Arabic and Islamic Studies at the University of Utrecht. His research is on Islamic intellectual and cultural history, particularly in the areas of Islamic eschatology, Islamic law and legal theory, and Islamic mysticism. From 2011-2015, he was the principal investigator of an ERC Starting Grant project, The here and the hereafter in Islamic traditions (HHIT). From 2017-2021, he is the principal investigator of the ERC Consolidator Grant project, The senses of Islam (SENSIS).

Making Islam Work in the Netherlands (MIWIN) is funded by NWO and is part of the NWO-program Religion in Modern Society. MIWIN is a research into recent developments in the ways Islam takes shape in Dutch society. It focuses on the doctrinal dimensions of Islam and addresses two separate but closely interlinked central domains: (1) religious authority and (2) the creation and application of Islamic law in the context of counselling and 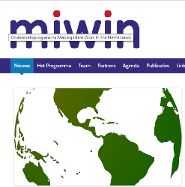 mediation. The project seeks to analyze these developments explicitly ‘bottom-up’ from the perspective of ‘ordinary Muslims’. The point of departure is the shift of Muslims from a (temporal) migrant community into an integral part of Dutch society.

There are many indications that the authoritative and institutional frames of Islam in European countries, which have been developed under migratory conditions, are under pressure. Initiatives to set up institutes of religious learning in the Netherlands or to develop organizational structures beyond ethnic dividing lines point in this direction. Also the rapidly increasing numbers of ‘new’ independent preachers who are particularly popular among young Muslims are an indication of change. And there are all kinds of local initiatives to see how certain elements of Islamic law could be applied in the Dutch society. Little is known, however, how these changes evolve and how the agency of ordinary Muslims is applied in the development of the doctrinal dimensions of Islam. This project aims to fill this information gap.

Thijl Sunier is the principal applicant of the project that reaches the final stage. He will give an overview of the project, the main results, the implications, and not least perspectives of future research along this line.

Thijl Sunier (1954), professor of cultural anthropology, holds the chair of ‘Islam in European Societies’ (VU Amsterdam). Currently he conducts a research project on Islamic authority, leadership and knowledge production in Europe. He is involved in research on critique on religion. His latest English books: Transnational Turkish Islam (2015) (with Nico Landman), Palgrave Macmillan; Islam and Society, Critical Concepts in Sociology (4 edited volumes) (2018), Routledge. Forthcoming is an edited volume on ethnographic approaches to Islamic authority. He has written several reports on Islam in the Netherlands commissioned by the Dutch government. He is chairman of the board of the Netherlands Inter-University School for Islamic Studies (NISIS) and executive editor of the Journal of Muslims in Europe (JOME/Brill). Currently he is part of a European consortium that has submitted a Marie Curie ITN project on Islam in the digital age.

The Central Asia Initiative is funded by the Leiden research profile area Asian Modernities and Traditions to create a platform for the study of Central Asia in its broadest sense, by uniting and consolidating existing expertise and initiating new international collaboration. Key issues are cultural space, identity formation, geopolitics and heritage.

This project is part of LUCIS. While many European universities, Leiden included, have a proud tradition of research into Islamic studies, a topical and thematic focus on Shiʿi Islam in all its dispensation remains a desideratum. The primary objective of LUSSI is to address this lacuna by promoting the study of Shiʿism in all its expressions and disciplinarian approach through lectures and seminars, conferences and workshops, public debates and discussion fora, and dedicated studies.

Gabrielle van den Berg (PhD Leiden, 1997) is senior lecturer in the cultural history of Iran and Central Asia at Leiden University. In 2016, she received an NWO VICI grant for her project "Turks, texts and territory: Imperial ideology and cultural production in Central Eurasia". Her research interests include classical Persian literature and the history of Central Asia and Iran. Van den Berg is a member of the board for NISIS (Netherlands Interuniversity School for Islamic Studies) and LUCIS (Leiden University Centre for the Study of Islam and Society). 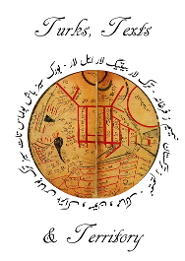 Elena Paskaleva is one of the coordinators of the Central Asia Initiative and a postdoc in the project "Turks, texts and territory”. She will briefly discuss her fieldwork in Central Asia. Sara Mirahmadi and Tobias Jones, also affiliated to the project, will present their PhD projects on medieval Persian history. The assigned readings offer an introduction into the role of Turks and Iranians in Islamic history (Golden), and highlight aspects of Shiʿi Islam in Central Asia (Beben).

At the end of the day the book Imams in Western Europe edited by Mohammed Hashas, Jan Jaap de Ruiter en Niels Valdemar Vinding will be launched. Click here for more information.