Response to the challenges of cognitive science of religion 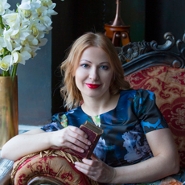 Some cognitive scientists explain this data as revealing irrationality of religious beliefs (Dennett 2006). Others lean towards fictionalism, claiming that religious belief is not factual belief at all, but rather something like make-belief (Leeuwen 2014), while assenting to a doctrine is a way of self-identification of group members (Nicholson 2016, Leeuwen 2016). Social identity interpretations render religious doctrines as non-cognitive: they are only to be affirmed, but their propositional content is irrelevant for action of those who assent to them. So we can outline the following existing solutions to this puzzle:

However, I deem that empirical data does not pressure us to embrace irrationalism or factionalism, as there is a third option here. I propose a hypothesis that in many cases doctrinal beliefs are held by believers as sacred artefacts, without proper understanding of propositional contents, but with a reverence and a strong adherence to them. Doctrine is treated as a container with highly valuable content. Thus propositional content of doctrines, even though it is often unclear to the believers, motivates religious treatment of the former. I compare the way doctrinal statements are treated by believers to their treatment of icons, which present sacred objects and states of affairs instead of representing them.

I argue that this interpretation explains the empirical oddities of doctrinal beliefs, pointed at by cognitive science, and fits self-understanding of religious believers much better than irrationalism or fictionalism. Furthermore, this hypothesis does not render doctrinal beliefs as non-cognitive: cognitive content of these beliefs is reached through the multitude of religious artefacts and embodied actions.

“I am a former Marie Curie Postdoctoral Fellow (University of Birmingham), currently working at Uppsala University, Sweden. With an interdisciplinary background as BC in Oriental Studies, MS in Religious Studies and PhD in Philosophy of Religion I have first hand knowledge of the disparate practices and methods of both empirical studies of religion and philosophy of religion. My main interest lies in phenomenology and embodied approaches to religion. In my research I strive to bring together the best of both analytic and continental philosophic traditions. In addition, I am very interested in sciences and use the data of cognitive science of religion in philosophical investigations. My recent project "Bridging Belief and Practice" is aimed at bridging the gap between theoretical and empirical studies of religion.”

Due to the selected cookie settings, we cannot show this video here.