This lecture is cancelled

[Update - 10 September] - Unfortunately, prof. Chambers has had to cancel her visit to Leiden due to personal circumstances. We hope to be able to welcome prof. Chambers as a guestspeaker sometime in the future!

“Democracy, Publicity and Truth: Should we be worried about post-truth politics?” 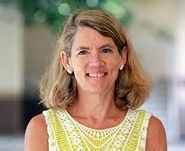 All democracies require certain levels of publicity and transparency.  This requirement contains an important epistemic presupposition. To put this presupposition in its simplest and crudest form: publicity and transparency cannot function as conduits of democratic accountability if there is no way to tell the difference between fact and fiction or no possible way to discern the truth of the matter. It is for this reason that we see a growing alarm at the prospect of moving into a post-truth politics where all news is potentially fake news, and each player claims their own alternative facts.  This paper investigates the relationship between truth and publicity and seeks to assess the danger of post-truth politics.  The paper begins with a brief theoretical discussion of the relationship between truth and publicity in the public sphere and argues that democracy requires certain minimum truth claims in order to function.  In the second section the paper looks at the meaning of post-truth politics and asks if this is a serious threat to the proper functioning of contemporary liberal democratic public spheres. In the final section I take up four mechanisms of publicity (civil liberties, press and news outlets, social media, and whistleblowing/leaking) and look at the ways they both resists post-truth as well as enable post-truth politics.  I conclude that although post-truth politics is a significant threat to democracy there are still resources in many liberal democratic public spheres to push back against this trend. Nevertheless, recent developments in Turkey, Poland and Hungary indicate that vigilance and concern are warranted.

Simone Chambers is a Professor of Political Science at the University of California at Irvine. She has written and published on such topics as deliberative democracy, public reason, the public sphere, secularism, rhetoric, civility and the work of Jürgen Habermas and John Rawls. She recently published an edited volume with Peter Nosco on navigating pluralism: Dissent on Core Beliefs: Religious and Secular Perspectives (Cambridge University Press, 2015). She works with the group Participedia gathering data on deliberative and participatory initiatives around the world and has also worked as consultant for the Ontario Citizens’ Assembly. She is presently working on a project entitled An Ethics of Public Discourse which applies deliberative theory to the broad and informal public sphere using a system approach.