Framing Asia is a monthtly film screening during the Leiden Asia year, organised by the KITLV (Royal Netherlands Institute of Southeast Asian and Caribbean), the IIAS (International Institute for Asian Studies) and the department of Cultural Anthropology and Development Sociology of Leiden University.

The fifth edition of Framing Asia will screen the following three films centred around the theme 'Decolonisation and Revolution'. 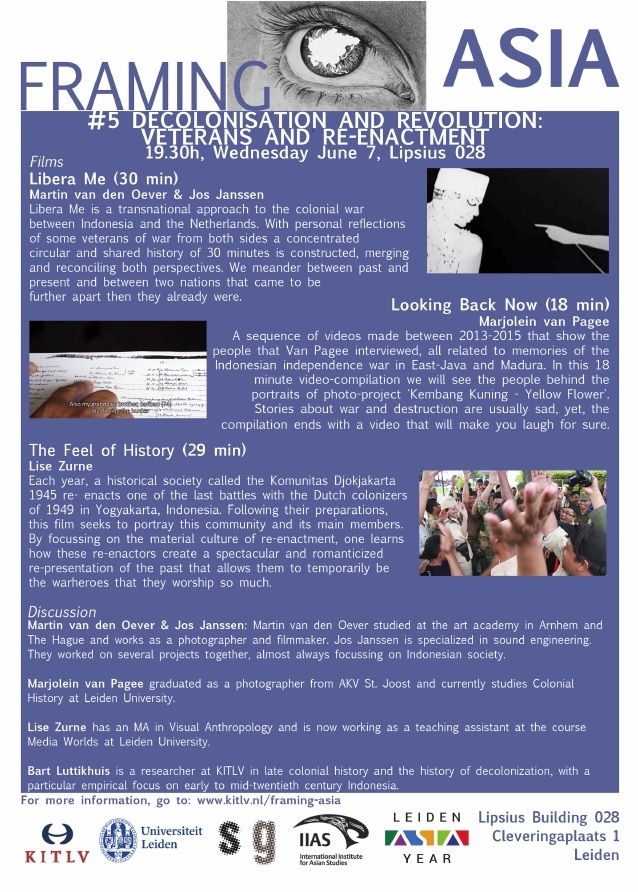