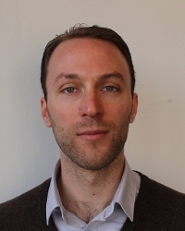 This article wishes to establish whether civil servants who are complicit in government wrongdoing incur a moral obligation to remedy the injustice they have contributed to by disclosing it, and, if they do, what the nature and the strength of this obligation is. My contention will be that they do have such an obligation, but that it is defeasible, and that its strength (and thus the likelihood of its being defeated) depends on the blameworthiness of one’s complicity. Accordingly, the argument will proceed as follows: first, I will argue that one is responsible for collective wrongdoing insofar as one is complicit in it. Second, I will demonstrate that civil servants can indeed be held responsible for government wrongdoing in which they are complicit, by way of the consideration and refutation of three counterarguments (concerning civil servants’ role obligations, the excuse from alternative cause, and the excuse based on ignorance). Third, I will briefly establish that responsibility for wrongdoing (including collective wrongdoing) gives rise to obligations of remedy. Fourth, I will consider five possible strategies to fulfill one’s obligations of remedy as a civil servant who has contributed to government wrongdoing, concluding that unauthorized disclosures would be most effective, given that I am concerned with secret government wrongdoing. I then establish, fifthly, that civil servants who are complicit in classified government wrongdoing (and can thus be held responsible for it) incur an obligation to disclose such wrongdoing. However, after discussing two possible counterarguments – concerning (1) the impermissibility of unauthorized disclosures because it involves a violation of other obligations one has, and (2) the overdemanding nature of this obligation –, I conclude that the obligation to disclose is a pro tanto obligation, liable to be defeated by countervailing moral reasons. In the sixth step of the argument, I will discuss two examples in order to demonstrate how we can assess the strength of the obligation to disclose. The general idea is that the more blameworthy one’s complicity is, the stronger one’s pro tanto obligation of remedy will be, and the more difficult it will be for this obligation to be outweighed by other moral considerations. I will end by considering the case of bystanders to government wrongdoing, arguing that omissions can also be causally effective, and thus that bystanders’ culpable silence may amount to complicity in wrongdoing as well.

Dr. Eric R. Boot works as a postdoctoral researcher on the ERC-project Unauthorized Disclosures at Leiden University. He obtained his doctorate at Radboud University Law School under the supervision of Thomas Mertens. During his PhD he also spent a semester as a visiting scholar at the University of Pennsylvania under the supervision of Kok-Chor Tan. His dissertation Human Duties and the Limits of Human Rights Discourse won the Praemium Erasmianum Dissertation Prize, and will be published at the end of this year in Springer’s Studies in Global Justice.

Dr. Boot works in the fields of moral, political and legal philosophy, whereby he focuses mainly on matters of civil disobedience and whistleblowing, democratic theory, the philosophy of human rights, and Kantian philosophy. Dr. Boot’s publications include articles in Social Theory and Practice, Ratio Juris, the Dutch Human Rights Law Journal, and an edited volume of Kant’s Philosophy of Right.