The EU and Its Citizens: Discussing the Challenges for the EU

In his talk, Fabio Franchino will investigate public attitudes toward the fiscal union: a policy advocated in official European Union documents and designed to address asynchronous economic fluctuations in the Eurozone. He employs survey questions and conjoint analyses embedded in population-based panel surveys in Italy, and draw expectations from political economy theories of tax-and-transfer public insurance schemes, and theories of party cues, identity and trust. He shows that high income right-wing individuals with low trust, weak European identity and negative assessment of EU membership are more likely to oppose the measure. However, high income respondents display greater willingness to pay, especially in order to keep the euro, whereas lower income participants are readier to ditch the currency if the monetary union does not deliver good economic performance. The political feasibility of this policy seems therefore to rest on the willingness to contribute by the core constituency supporting the euro. 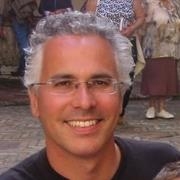 Fabio Franchino is a professor at Università degli Studi di Milano. After his Ph.D. in Government at the London School of Economics, Fabio Franchino joined University College London as lecturer then reader in political science. He was the director of the MSc in European Public Policy until 2007. He has published widely in  academic journals (e.g. British Journal of Political Science, European Journal  of  Political  Research, European  Union  Politics, Journal  of  European  Public  Policy, Journal  of  Theoretical  Politics).  In  2007,  he  published  The  Powers  of  the  Union:  Delegation  in  the  EU  by  Cambridge  University Press. His research interests include politics and policy of the European Union, comparative legislative, executive and bureaucratic politics, policy analysis, rational choice, formal modelling, Europeanisation and domestic politics, transposition  of  EU  law  and  compliance.