Studying the Links between Terrorism and Nuclear Deterrence

Research on the links between terrorism and nuclear weapons has mostly focused on the potential for nuclear terrorism and/or on nuclear proliferation through non-state networks. This paper explores these links from an alternative angle: it evaluates the way in which state actors (governmental and military leadership) that are engaged in a nuclearized dyadic rivalry instrumentalize militant non-state groups to escalate conflict in order to achieve their political goals. This trilateral dynamic is highly relevant both in terms of research and policy. The paper develops suggestions for theorizing the relationship between terrorism and state deterrence in dyadic nuclearized rivalries. It engages with one specific case to develop a new theoretical model: Pakistan’s use of non-state, militant groups under the nuclear umbrella to challenge India’s regional position from 1987 to 2016. Studying these links helps better understand the sources of rivalry instability and of deep-seated terrorism which stand together as a major impediment for conflict resolution. 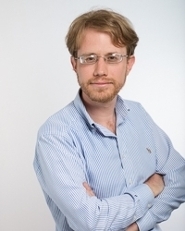 Nicolas Blarel is an assistant professor of International Relations at the Institute of Political Science at Leiden University. He studies foreign policy issues, with a focus on security issues in South Asia. His current research focuses on why rising powers choose to redefine their strategic objectives and means. Nicolas also studies India’s relations with the Middle-East and has a forthcoming book on The Evolution of India's Israel Policy: Continuity, Change, and Compromise since 1922 at Oxford University Press. In addition, Nicolas published book chapters and articles on India's nuclear policies, India's relations with the U.S. India’s soft power potential, and India's insurgent movements and state-making. Nicolas has worked for the French Foreign Ministry’s policy planning staff (the Centre d’Analyses et de Prévisions) on questions related to Afghanistan, South Asia, and nuclear proliferation. Nicolas has been a visiting fellow at the Institute for Defence Studies and Analyses (IDSA) in New Delhi. He was also editorial assistant at the peer-reviewed academic journal, International Studies Quarterly. Before coming to Leiden, Nicolas studied at l’Institut d’Etudes Politiques in Strasbourg, Sciences Po Paris, and Indiana University.