Dr. Christine Cheng from King's College Londen will visit LUC twice this week, the two events are sponsored by the Research Centre. 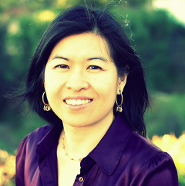 The 20th of April Christine Cheng will talk about 'Conflict Capital: Explaining the outcomes of post-conflict transitions'.

What factors explain the success or failure of a post-conflict transition? Scholars have focused on a host of factors that are rooted in the politics and economics of civil wars, but in doing so, we have broadly overlooked the social impact of civil war. Building on the social capital literature, ‘conflict capital’ refers to a society’s norms, networks, and bonds of trust that are created in the crucible of civil war, through intense experiences with violence.

This lecture will be followed by a Q&A.

The 21th of April Christince Cheng will talk about 'Gatekeepers and Role Models: How to get more women and girls to run for office'.

Angela Merkel, Hillary Clinton, and Theresa May. Some of the world’s most famous politicians are women. Yet the proportion of women in politics remains astonishingly low in most countries around the world. In the UK, only 29% of MPs are female. Even in the Netherlands, one of the most progressive and gender equal countries in the world, only 38% of members of the Second Chamber are female. Why are there so few women politicians? How do we encourage more women and girls to run for office?

Limited places are available for the talk on the 21th of April, register here.