This talk, which is based on her PhD thesis, explores how people live amphibiously in dynamic land-sea environments. ‘Amphibiousness’ refers to living in and moving between different worlds that can intermingle but that cannot be reduced to each other. The concept is used to describe the human capacity to live in different worlds at the same time: in terms of living in a hybrid land-sea environment and in terms of moving along with different understandings of the world, of reality. The thesis draws from 18 months of mobile ethnographic fieldwork in Indonesia, during which maritime people were followed across the sea. The research shows fundamentally different, and often conflicting, ways in which people understand their relation to the sea, which stalls current programs for marine conservation. For marine conservation to become effective, it needs to become amphibious; develop a more equal and open dialogue about different ways in which people-sea relations are understood and put into practice. 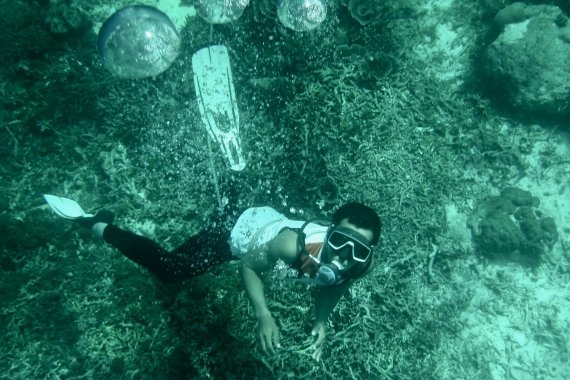