The paper focuses on those armed actors involved in shaping political and social order in civil war who recruit civilians with little to no military training—self-defense forces, vigilantes, and militias that are either aligned with the government or the rebels, or remain independent. The paper introduces the term “auxiliary armed forces” to capture what others have called militias, paramilitaries, or self-defense forces. Using evidence from the civil war in Mozambique (1976-1992), I contrast the emergence and organization of rebel-aligned auxiliary forces with that of auxiliary forces loyal to the government. Both the rebels, Renamo, and the Frelimo government recruited civilians into auxiliary armed forces to function as a liaison to the civilian population and support the fight against the other. Auxiliary armed forces on the rebel side became crucial in collecting local intelligence and controlling the movement of the population. These forces put the government under severe pressure and led to innovations to protect the local population and improve intelligence gathering on the government side. The success of the new auxiliary force on the government side, in turn, led to innovations on the rebel side, creating a new—even more powerful—auxiliary force. The paper traces this interactive process and points to a few critical junctures that influenced innovations in these “multi-actor, multi-level” governance structures. The paper broadens the concept of (rebel) governance to one of alternative forms of political order that are shaped by armed actors both in support of and opposition to the state. 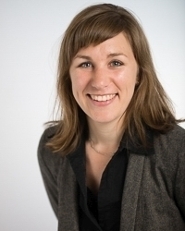 Corinna Jentzsch is an assistant professor of International Relations at the Institute of Political Science at Leiden University. She studies civil wars and the emergence of informal institutions of security governance. Her current research focuses on community mobilization against insurgent violence, the formation of militias—parties to armed conflict that are neither incumbents nor insurgents—and their impact on civil war dynamics. She is also broadly interested in African politics, transnational aspects of civil wars, and peacekeeping. She has conducted field research in Mozambique, Zambia, and Malawi. Corinna received her PhD from Yale University, and prior to that studied at Free University Berlin and Sciences Po Paris.