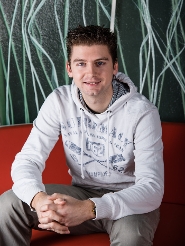 A network of ‘agents’ can generate a complex systemic behavior. Examples include human cognition emerging from a network of neural cells, ecosystems from food webs, and cellular regulatory processes from protein-protein interactions. A first important question is: which agents are the ‘drivers’ of the systemic behavior? A second question is: can we detect emergent phenomena, particularly ‘criticality’ (susceptibility to small perturbations)? We address these questions using the concept of ‘information dissipation’ which we are developing. This is the idea that Shannon information is first stored in an agent’s state, and then percolates through the network due to the agent-agent interactions. I will present recent work on addressing the above questions through analytical results, computational modeling, and finally real data analysis of financial derivatives data around the Lehman Brothers collapse.

Based on the following articles:
http://www.nature.com/articles/srep01898
http://rsif.royalsocietypublishing.org/content/10/88/20130568