CPP Colloquium with Govert den Hartogh (UvA): What is Wrong With Killing

What is Wrong With Killing 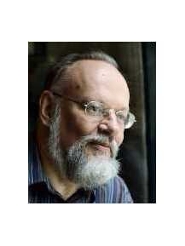 The common sense view is that killing is wrong because it harms us. Normally it is our most basic interest to go on living. However, that view is not popular with philosophers these days. In this presentation I will defend it against two objections: (1) Killing someone is always equally wrong, but people’s interest in survival, on every account of that interest, varies greatly. (2) Competent adults should be allowed to determine for themselves whether killing them is wrong. Normally they will not consent to being killed, but even in that case the prohibition of killing doesn’t protect their lives but their autonomy. And if they decide to consent, killing them may still harm, but it will not wrong them: Volenti non fit iniuria. (You cannot be wronged by an act to which you have consented.)

In discussing these objections I will focus on the right to life. (A right even Dutch people have, although it isn’t mentioned in their constitution.) Is it a ‘small-scale sovereignty’ (Hart), as adherents of the control theory of rights suggest? In order to choose between the control and the benefit theory of basic human rights, I will ask which theory is more successful in explaining why the duties that correlate to a right are owed to the right-holder and not to anyone else.

How to decide whether the Volenti-principle applies to basic human rights? They are generally supposed to be inalienable, even unwaivable. Consent is not a defense against an allegation of homicide, not even in the Netherlands. Why not? The reasons may include harm to others, human dignity and harm to self. Although it is difficult to disentangle those reasons, I will suggest that harm to self is, indeed, one of them. This is paternalism, but of the indirect variety. I will therefore consider whether the reasons why we normally disapprove of paternalism also apply to indirect paternalism.

Govert den Hartogh is Professor Emeritus of Ethics at the University of Amsterdam. From 1995 until his retirement in 2008 he held the chair of moral philosophy at the UvA Department of Philosophy (together with Frans Jacobs). He is one of the founding fathers of the Netherlands School of Research in Practical Philosophy (now the OZSW) and he served as its first director in 1993-1998. From 2006-2010, he was president of the OZSW board.

Govert den Hartogh’s research interests cover issues in legal and political philosophy, ethics and medical ethics. At present he is working on a book in the domain of medical ethics devoted to medical and ethical decisions about the end of life, provisionally titled “When Death is Welcome. The ethics of decisions about the end of life.” His second current focus of interest are ethical aspects of organ donation and transplantation.

His publications include “Mutual Expectations: a conventionalist theory of law” (Kluwer 2002), book chapters in, among others “The Cambridge Handbook of Human Dignity: Interdisciplinary Perspectives” (CUP 2014) and “Reasons and Intentions” (Ashgate 2008). His articles have been publishe in, among others, Political Studies, Political Theory, Analysis, ANTW, Erkenntnis, Bioethics, Law and Philosophy, Ethics, Journal of Medical Ethics, Theoretical Medicine and Bioethics, Journal of Applied Philosophy, Ratio Juris, Cambridge Quarterly of Healthcare Ethics, and Kennedy Institute of Ethics Journal.

The CPP is a collaboration between the Institute for Philosophy and the Institute for Political Science at Leiden University. Attendance of the Colloquia is free and there is no need to register. See http://hum.leiden.edu/philosophy/cpp/ for more information. For further questions please contact dr. Dorota Mokrosinska