‘Sold to Sin Through origo: Augustine of Hippo and the late Roman Slave Trade’

Toward the end of his life, Augustine of Hippo wrote two letters to legal experts in which he reacted to recent attempts by slave-traders to sell 125 Roman North Africans "overseas."  At the heart of Augustine's reaction were his concerns over the personal legal status of these men, women and children, who had found refuge in the episcopal compound at Hippo. Were they slaves, coloni, illegally captured free Roman citizens? These concerns and their relevance and ramifications for Augustine's thoughts and actions, especially with regard to the sin per originem, are the focus of my lecture. 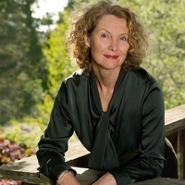 Susanna Elm has been Professor of History and Classics at the University of California, Berkeley since 1988. During her time in the United States she received fellowships at Harvard and Princeton, and multiple ones in Germany; at the moment she is hosted by the University of Zürich. She completed her Ph.D. in 1986 on ‘Virgins of God. The Making of Asceticism in Late Antiquity’, in Oxford (published 1996, with OUP). Her main interest is the Late Roman empire, and its transformation into a Christian empire. Currently Professor Elm is working on a project entitled "Of Human and Divine Bondage: Augustine and Slavery". In this research Augustine’s letters are examined for their language of slavery in the context of the social and economic changes of the late fifth century. Furthermore, for Cambridge University Press she is compiling a short history of Ancient Christianity in collaboration with Prof. Rebecca Lyman. Susanna Elm also authored the monography Sons of Hellenism, Fathers of the Church: Emperor Julian, Gregory of Nazianzus, and the Vision of Rome (Berkeley, 2012).