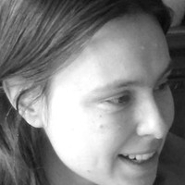 Children need, and are being owed, parents: that is, people who control children's lives in numerous ways. At the same time, children's moral status makes it generally impermissible to sacrifice their interests for the sake of advancing other individuals' interests. Because parenting involves such extensive power over children, it seems that the moral right to rear a particular child is held by the individual who would make the best available parent to that child. Yet, this belief is at odds with universal practices of, and legislations regulating, childrearing. Liberal philosophers attempted to explain why mere adequate parents can hold the right to parent. I analyse, and refute, two such attempts: one that seeks to ground the right to parent in both the child's and the would-be adequate parent's interest; and a second one explaining why procreators have the right to parent if they can do it adequately. The thesis that the right to parent is held by the best available parent is deeply revisionary. However, the reform it indicates need not be worrying, given two additional qualifications. First, while parents may exclude others form exercising high level authority over their children, they do not have the moral right to exclude others from associating with the child. Therefore, the most important goods of childrearing can be made available to a large number of adults. Second, children usually come into the world as part of an already existing relationship with their gestational parent; this relationship deserves protection.

The CPP is a collaboration between the Institute for Philosophy and the Institute for Political Science at Leiden University. Attendance of the Colloquia is free and there is no need to register. See CPP  for more information. For further questions please contact dr. Dorota Mokrosinska